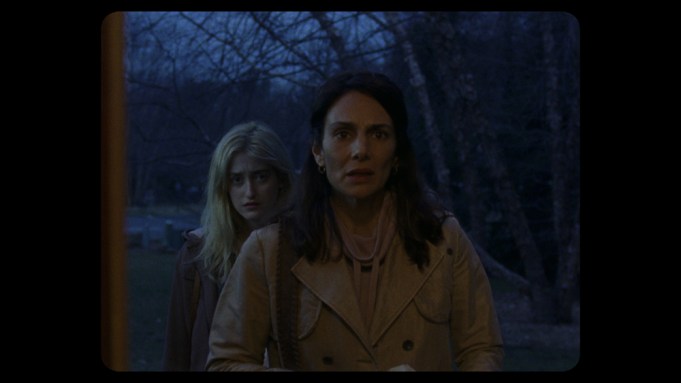 Starring Annie Parisse (“Law & Order,” “The Following”) and Gus Birney (“Dickinson”), Theodore Schaefer’s “Giving Birth to a Butterfly,” one of the buzz titles at August’s Fantasia Intl. Film Festival, has released a first clip ahead of the film’s world premiere in Fantasia Underground section on Aug. 9.

Produced by Daryl Freimark (“A Bread Factory Part 1 & 2,” “Hairspray”), “Giving Birth to a Butterfly,” is executive produced by Hannah Dweck for Dweck Productions and by Benjamin Wiessner, who is additionally handling sales for Vanishing Angle.

Written by Schaefer and Patrick Lawler, the feature debut underscores how new generation of highly cine-literate filmmakers blend multiple styles not only over the course of a film but in single scenes.

In “Giving Birth to a Butterfly,” Diana Dent, a put-upon housewife and mother of two, married to a feckless husband (Paul Sparks, “House of Cards,” “Boardwalk Empire”), suffers credit card fraud from a company which is registered at an address a full-day’s drive from where Diana lives.
Diana drops by the home of her son’s pregnant girlfriend Marlene, who has promised to drive her to track down the perpetrators of the fraud.

In the clip, she meets Marlene’s mother, who has retreated into a delusional fantasy world where she’s a great actress just a phone call away from her big breakthrough. With the meeting, “Giving Birth to A Butterfly” introduces a note of the off-keel near surreal. To date, it has charted Diana’s uptight obsessions in what seems a downbeat, almost grungy, domestic drama.

As Diana and Marlene take off on a road trip, they bond, both confessing their sense of inadequacy and circumscription. “All my life, I’ve felt a longing but I never felt a deserving, like things in my life keep haunting me,” Diana says.

Typically, “Giving Birth to a Butterfly” soon blends arthouse tropes – it’s shot in a 16mm box format in pastel hues, employs sequence shots which can obscure the speaker or wander off to catch background detail, then come back again – with building horror-tinged fantasy in a movie which underlines the unfettered range of modern genre.

Dweck Productions films at Fantasia also take in Jane Schoenbrun’s “We’re All Going To The World’s Fair” and Annalise Lockhart’s short “Inheritance,” which is selected for the Born of Woman program.