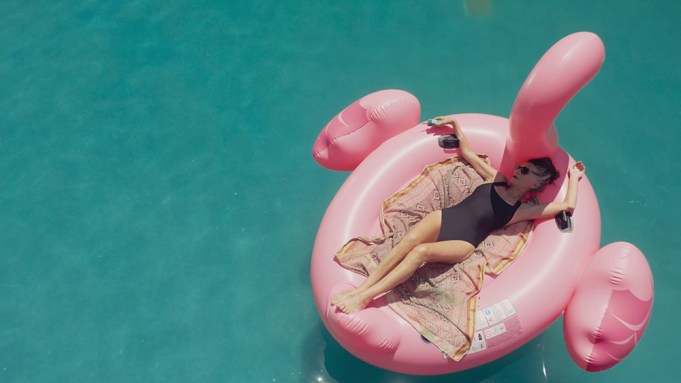 “Charlotte” is produced by Franco’s Paraguay-based Lemon Cine, along with Argentina’s Pelicano Cine and FAM Contenidos.

In addition, Lemon Cine has acquired the remake rights to Chilean comedy “Sin Filtro” from FilmSharks subsidiary The Remake Company, to make a Paraguayan version.

Shot mostly in Paraguay, the titular Charlotte, played by Molina, is an actress past her prime who sets off from her home in Argentina to Paraguay to chase down a director who’s prepping a film that she believes is just the tonic to revive her flagging career.

The official trailer and poster of the Paraguayan-Argentine co-production bow exclusively in Variety.

In the trailer, Charlotte/Molina finds out that the director who launched her career is planning to shoot his swan song in Paraguay. Furious that he has gone on without her on a project they had worked on together, she enlists her Taiwanese companion to drive her to Paraguay in a motor home. In her frantic attempts to pin the director down, she gets entangled in a series of mishaps, including getting arrested.

Molina is best known for her roles in Pedro Almodovar’s “Live Flesh” and “Broken Embraces” as well as Ridley Scott’s historical drama “1492: Conquest of Paradise” and Luis Buñuel’s last film, “The Obscure Object of Desire.”

In recognition for a career highlighted by scores of awards and nominations, Molina will receive an Honorary Goya Award this year. Spain’s equivalent of the Academy Awards.

FAM Contenidos is founded by Alejandro Cacetta, a former executive of Patagonik, which co-produced the acclaimed “Zama” by Lucrecia Martel.