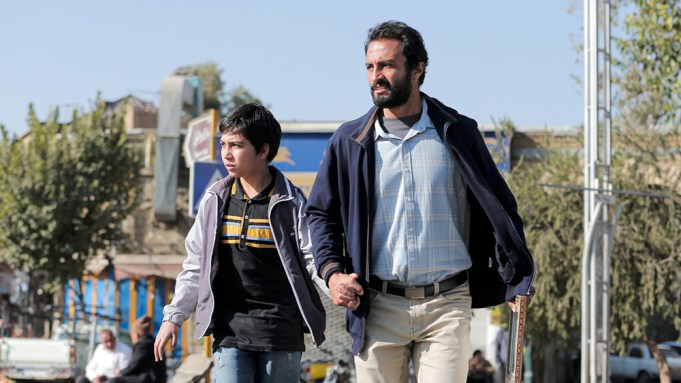 Amazon Studios has dropped the international trailer for Ashgar Farhadi’s “A Hero,” which is Iran’s candidate to represent the country at the upcoming Academy Awards in the Best International Feature Film category.

The film, which launched positively in July from the Cannes Film Festival where it tied for the Grand Prix, the fest’s runner-up prize – and subsequently went to both Toronto and Telluride – will be released in U.S. theaters on January 7 before its online launch on Amazon Prime Video on January 21.

“A Hero” is the Iranian auteur’s fourth film to world premiere in the Cannes competition after “The Past,” “The Salesman” and Spanish-language “Everybody Knows.”

The drama, which saw Farhadi back to shooting in Iran, is about a man named Rahim who is in prison because of an unpaid debt. While on a two-day release, he and the women he loves hatch a plan to try and convince the creditor to let him off the hook. But the plan spirals out of control due to social media which plays an important part in the narrative that exposes the pitfalls of media manipulation in Iran’s repressive regime but also, by extension, the world.

Farhadi, in an interview with Variety in Cannes, said that it originates from his observation of Iranian society in the social media era.

“From time to time in the news in Iran you get stories about very average people who in their daily lives do something that is very altruistic,” he said.

“And that humane way of being makes them very noticeable in society for a few days, and then they are forgotten. The story of the rise and fall of these kinds of people was really what interested me.”

Farhadi has previously won two international Oscars for, respectively, “A Separation” in 2011 and “The Salesman” in 2016,  the former of which was also nominated for original screenplay.

According to Variety Film Awards Editor Clayton Davis with “A Hero” Farhadi “could be in line to win the third statue for his native land, which would put him one short of the record held by Italian filmmaker Federico Fellini, who directed four winning movies during his lifetime.”