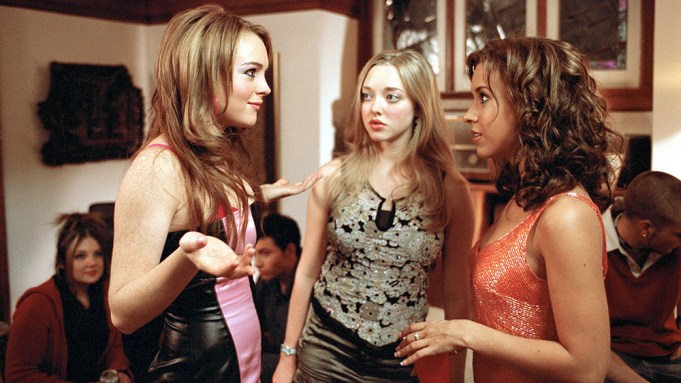 During a conversation between Amanda Seyfried (“Mank”) and Vanessa Kirby (“Pieces of a Woman”) for Variety’s Actors on Actors series, presented by Amazon Studios, Kirby confessed her fandom. “I’ve loved you so much since ‘Mean Girls’ — it’s so iconic,” she said to Seyfried.

“Mean Girls,” Seyfried told Kirby, was her first movie. Before then, she’d done soap operas, most notably “As the World Turns.” “I only knew one very specific genre, one medium — that being, shooting an episode a day of a soap opera. Just hitting my mark, and all these other bells and whistles that I had never seen before, it just felt really daunting and exciting.”

Seyfried got the role in “Mean Girls” (2004) as the nice, clueless Karen at age 17. The movie, written by Tina Fey, directed by Mark Waters and starring Lindsay Lohan, would go on to become a phenomenon — but, of course, no one knew that yet.

Was there a sense that would happen, Kirby asked? “Because it was produced by Lorne Michaels and starring Tina, and written by Tina, it just felt like just another ‘SNL’ comedy,” Seyfried said. “And I had no idea.”

“But I never had any expectations of anything,” Seyfried said of the experience. “I was just glad to be working as an actor, getting paid to speak actual dialogue — as opposed to being in the background.”

If “Mean Girls” left Seyfried feeling like “I want to get back to Karen,” as she put it, 2012’s “Les Misérables” made her feel the same way about Cosette — but for very different reasons. During a part of the conversation about how many takes “Mank” director David Fincher famously shoots, Seyfried said when the camera is on her, she’s “never going to be 100% relaxed.” But at least with “Mank,” in which she plays Marion Davies, “I never went to bed at night thinking, Goddamn it.”

That was not how she felt at bedtime with Tom Hooper’s “Les Misérables.” The director had the actors sing live on camera, a technique he later replicated on “Cats.”

“I wish I could redo ‘Les Miz’ completely, because the whole live singing aspect just — I still have nightmares about it,” she said.

Seyfried, who also sang in 2008’s “Mamma Mia!,” said for a good performance, the actor’s voice has to be “as strong as it needs to be.” In describing her voice in “Les Misérables,” she said: “I was very weak. I can’t — such a regret!”

Seyfried has actually worked on her voice since “to have some kind of stamina,” she said. “And working on my vibrato, which was just completely lost.”

“I feel like I definitely could play Cosette now,” Seyfried said.