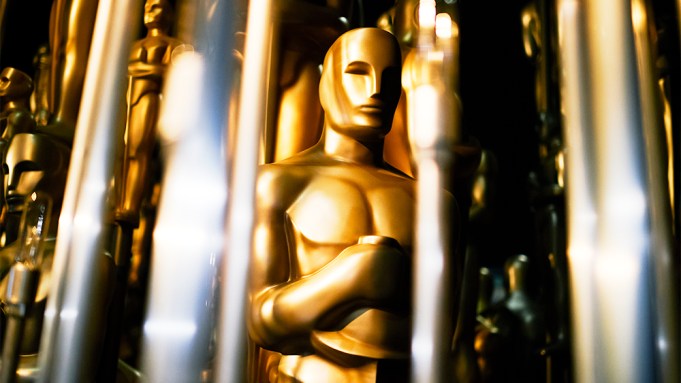 Sunday night’s Oscar ceremony was historic in more ways than one, making the 441-day wait for the 93rd Academy Awards well worth it.

“The Father” star Anthony Hopkins nabbed actor (making him the oldest winner of an acting Oscar ever) and Frances McDormand (“Nomadland”) took home the actress prize, marking two upsets. Meanwhile, Daniel Kaluuya (“Judas and the Black Messiah”) won for supporting actor and “Minari’s” Yuh-Jung Youn claimed supporting actress, becoming the first Korean actor to do so. Nine actors of color earned Academy Award nominations — an Oscar record for diversity in those categories — but only two won. Additionally, more women were nominated in 2021 than in any previous year.

“Nomadland’s” Chloé Zhao made history as well, becoming the second woman and the first woman of color to win an Oscar for directing. The film, a portrait of a woman who adopts a nomadic lifestyle, also won best picture.

Unlike other awards shows during the COVID-19 pandemic, Hollywood’s biggest night was held in person, and televised live on ABC from the Dolby Theatre and Union Station in Los Angeles. All nominees and guests had to have a minimum of two COVID-19 PCR tests performed by the Academy’s vendor and a total of three tests in the week leading up to the telecast.

Best Actor in a Leading Role

Best Actress in a Leading Role

Vanessa Kirby (“Pieces of a Woman”)

“The Trial of the Chicago 7” (Marc Platt and Stuart Besser, producers)

“Speak Now,” (“One Night in Miami”). Music and Lyric by Leslie Odom, Jr. and Sam Ashworth

“The Trial of the Chicago 7,” Alan Baumgarten

“News of the World,” Dariusz Wolski

“The Trial of the Chicago 7,” Phedon Papamichael

Best Actress in a Supporting Role

“The One and Only Ivan,” Nick Davis, Greg Fisher, Ben Jones and Santiago Colomo Martinez

“A Concerto Is a Conversation,” Ben Proudfoot and Kris Bowers

“Do Not Split,” Anders Hammer and Charlotte Cook

“Over the Moon” (Netflix)

“If Anything Happens I Love You” (Netflix) (WINNER)

Thomas Vinterberg (“Another Round”)

Best Actor in a Supporting Role

Sacha Baron Cohen (“The Trial of the Chicago 7”)

“Another Round” (Denmark) (WINNER)

“The Man Who Sold His Skin” (Tunisia)

“One Night in Miami,” Kemp Powers

“The Trial of the Chicago 7,” Aaron Sorkin