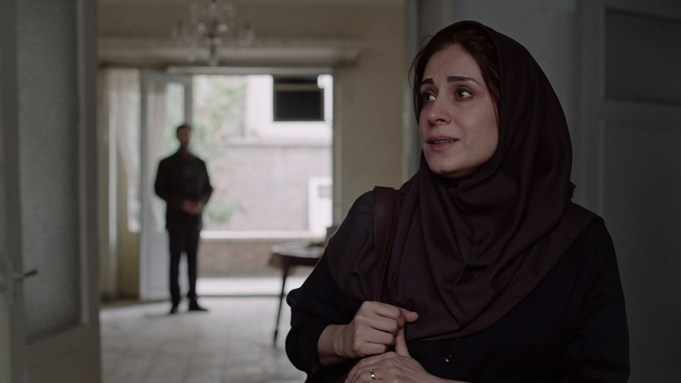 The pick-up is sure to draw attention. Launched in 2019 by Agathe Valentin, Laure Parleani and Berenice Vincent, sales and production company Totem Films made waves at the Cannes Film Market last year, scoring vast international sales on “Gagarine,” one of the Cannes Festival official selection’s biggest arthouse breakouts.

Thanks to Asghar Farhadi’s “A Separation” (2011), Jafar Panahi’s “Taxi” (2015) and Mohammad Rasoulof’s “There is No Evil” (2020), Iran has won Berlin’s top award, a Golden Bear for best feature, more times in the last decade than any other country in the world.

In “Ballad for a White Cow,” she plays Mina, a struggling single mother of a deaf daughter who is devastated to learn that husband Babak was executed a year earlier for a crime he didn’t commit.

As Mina battles for a public apology from the judges who served her husband’s death sentence, a stranger, Reza (Alireza Sani Far, “Dressage”), appears on her doorstep, explaining that he has come to repay a debt he owes to Babak. Mina gradually opens up to him, unaware of the terrible secret tying them together.

“We followed the film from a very early stage. Iranian cinema is part of our love of cinema, and ‘Ballad of a White Cow’ continues the great tradition of daring Iranian films that are produced in very complicated circumstances,” Totem Films co-founder Parleani stated.

“Behtash and Maryam portray characters with great humanity and kindness in a world that lacks justice,” she added.

“Ballad of a White Cow,” as Totem notes, is the story of a woman’s struggle for justice, recognition and independence in today’s Tehran. The first trailer also hints at the composed but thought-through direction, the film’s visual motifs — light beyond dark, in-shot framing — and, most especially, the central drama and tragedy of the film, in which two people who could find happiness together cannot relinquish an unbending sense of ethical principle.

Totem Films also represents Alice Diop’s “Nous” (We), one of the highest profile titles at this year’s Berlin Encounters section.   In June 2020, it announced it was moving into international co-production, tapping Elsa Payen to head up Totem Atelier. Its first documentary, Iris Brey’s “The Female Gaze,” is currently in development.

After “Acid Rain,” Moghaddam and Sanaeeha co-wrote and co-directed 2018’s multi-prized doc feature “The Invincible Diplomacy of Mr Naderi.” “Ballad of a White Cow” is their second joint feature as co-directors. It is produced by Gholamreza Moosavi and Etienne de Ricaud.