Continue to Variety SKIP AD
You will be redirected back to your article in seconds
Feb 26, 2021 10:00am PT 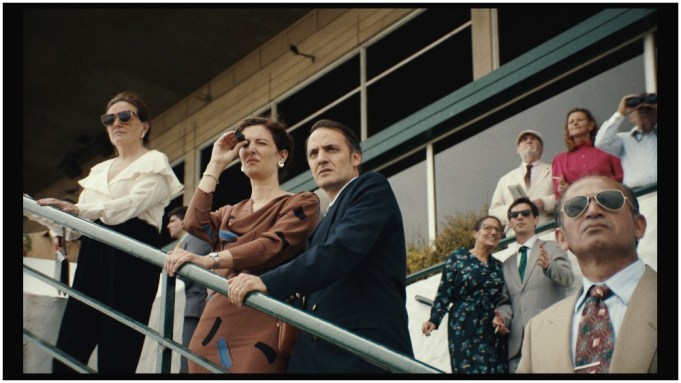 Credit: Be For Films

International sales agent Be For Films has given Variety exclusive access to the international trailer for Andreas Fontana’s first feature “Azor,” selected for this year’s Encounters section at the Berlin International Film Festival. Set among the world of international banking in the 1980’s, Fontana describes his debut as being “like a film about conquistadors.”

The film uses French, Spanish and English dialogue to tell the trans-Atlantic story of Yvan De Wiel, a private banker from Geneva. Yvan visits Argentina during the Junta dictatorship to replace his partner, who mysteriously disappeared one night leaving few clues behind. As he maneuvers among Argentina’s elite, offering rich shots of ballrooms, posh hotels, massive gardens and swanky lounges, the banker plays a dangerous political game of modern capitalist colonization.

In the trailer, we get a taste of the conquistador attitude Fontana refers to as Yvan uses the arrival of Hernan Cortes in the Americas to parallel his own arrival in Argentina, with a colleague later claiming that they might have at last found the real El Dorado. The trappings of high society fill every shot as Yvan tries to acclimatize to his new surroundings while uncovering clues as to what happened to his predecessor.

As a project, “Azor” has been a hot property for several years. Among its presentations during development, the film featured in the Europe-Latin America co-production forum at San Sebastián 2016, one of the industry’s hottest get-togethers for cross-Atlantic filmmaking.