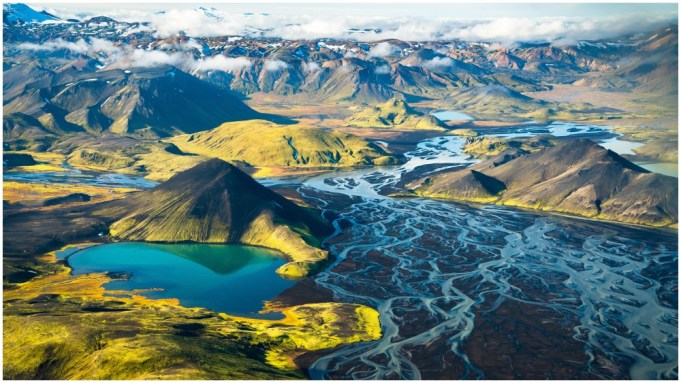 Produced by Stranger Than Fiction and Arrow Pictures, “River” is an exploration of the timeless relationship between humanity and rivers. Billed as an orchestral concert film, the doc is an ode to the natural word and a retelling of the history of both rivers and human civilization.

“When the first rains fell, the Earth awakened,” reads Dafoe in the moving trailer, which features stunning footage of river systems around the world. “Where rivers wandered, life could flourish. They have shaped us as a species and we worship them as gods. Today, there is scarcely a river unspanned, undammed or undiverted. The sheer scale of the human project has begun to overwhelm the world’s rivers.”

With a score composed by Richard Tognetti from the Australian Chamber Orchestra, Dafoe narrates a script from award-winning author and Cambridge University fellow Robert Macfarlane (“Mountains of the Mind,” “Underland”). The film will also feature additional music from William Barton, Jonny Greenwood and Radiohead.

“I wanted to be conscious of not dumping the words on top of the image or illustrating the music, but having them sonically blend,” said Dafoe, who also narrated Peedom’s 2017 doc “Mountain.”

“Of course there is some underlining but I try to let the words just open channels of thought and emotion, not control them or indicate an idea,” added the actor.

“River” is written and directed by Peedom and co-written and co-directed by Joseph Nizeti, produced by Joanne McGowan and Peedom for Stranger Than Fiction and John Smithson for Arrow Pictures.

The film spans six continents and draws on contemporary cinematography, including satellite filming, to shows rivers on scales and from perspectives never seen before. The project builds on the huge success of Peedom’s previous film, “Mountain,” which is the highest-grossing Australian documentary in box office history, and completed an 11-week run in U.K. and U.S. cinemas.