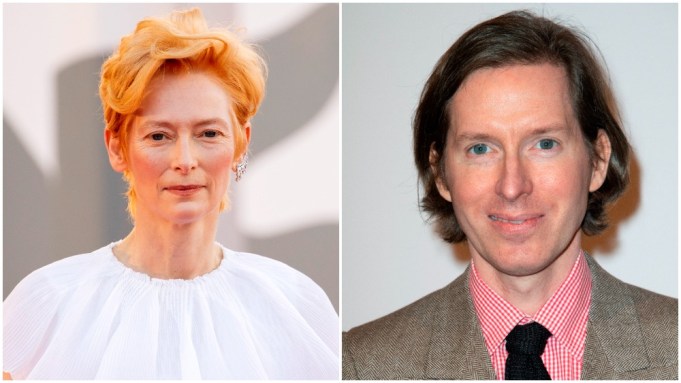 Wes Anderson is shooting his new movie in Spain, with production set to begin in September.

In a recent interview with Variety, Tilda Swinton revealed that she will star in the project, specific details of which are being kept closely under wraps. Though the film is shooting in Spain, “it’s not about Spain,” Swinton hinted. Meanwhile, speaking to Variety from England, Anderson said he’s “not ready to share any details” about the new film.

Anderson hasn’t made a movie Stateside since “Moonrise Kingdom” in 2012. The director lives in Paris and all his recent films have had strong European flavours.

The film marks the fifth collaboration between the “Rushmore” helmer and Swinton, who also worked together in “The French Dispatch,” “The Isle of Dogs,” “The Grand Budapest Hotel” and “Moonrise Kingdom.” Both actor and director will be on the ground at the Cannes Film Festival next week, where “The French Dispatch” will play in competition. Swinton appears in four other movies playing the festival, including Apichatpong Weerasethakul’s “Memoria,” Joanna Hogg’s “The Souvenir Part II” and “The Souvenir” and Mark Cousins’ documentary “The Storms of Jeremy Thomas.”

Anderson’s “The French Dispatch” was meant to play in Cannes last year, but was put on ice after the festival was canceled due to the pandemic. Its official return to the Croisette was first reported by Variety. The film shot in Augouleme, France, and is set at an outpost of an American newspaper called The French Dispatch in a fictional 20th-century French city which brings to life a collection of stories.