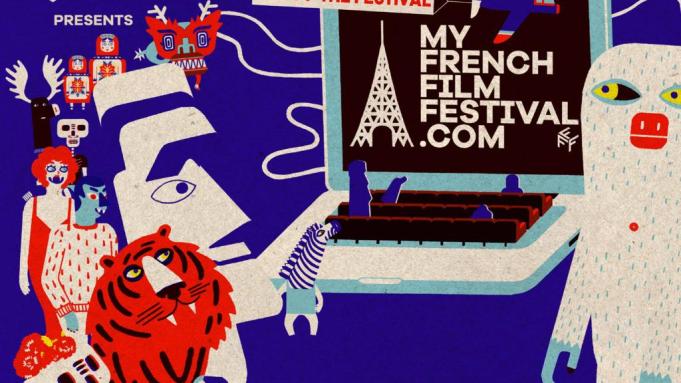 MyFrenchFilmFestival, an online film festival dedicated to French movies launched by the promotion org UniFrance, will showcase 33 titles, including a competitive lineup of 10 feature films and 10 shorts.

Set to run Jan. 15 to Feb. 15, the 11th edition of the festival will collaborate with more than 60 platforms around the world to allow movies to be watched across more than 200 territories.

The roster of films selected to compete as part of this year’s MyFrenchFilmFestival includes Sébastien Lifshitz’s “Adolescents,” a documentary exploring the evolving friendship of two young women through the years; Hafsia Herzi’s “You Deserve a Lover,” a drama about a young woman struggling to overcome a breakup; and Frédéric Fonteyne’s “Filles de joie,” a social drama about family women leading double lives to make ends meet.

“Since being launched 11 years ago, MyFrenchFilmFestival has proved its relevance year after year and has been one of the driving forces behind the circulation of French films and talents around the world, even in territories where French films generally don’t have access,” said Daniela Elstner, the managing director of UniFrance.

“Some films had a successful run on the festival circuit but did not travel as widely in theaters, and this is why MyFrenchFilmFestival can really play a role in unlocking these films’ international potential,” said Elstner.

UniFrance’s president Serge Toubiana pointed out MyFrenchFilmFestival was more relevant than ever this year due to the pandemic and shut-down of theaters in many countries around the world, as well as the rise of streaming services.

“The core of MyFrenchFilmFestival’s mandate is to allow French films to be enjoyed by as many people across the globe as possible, and this year we hope that our event will not only enthuse film lovers who have been deprived of cinemas for months, but also encourage them to return to theaters when they will reopen,” said Toubiana.

Besides its mission to help French films conquer new territories, MyFrenchFilmFestival is also aiming to lure all demographics, including younger audiences who are not the typical crowd for foreign-language films.

Movies will be available for free in select territories, such as Africa, Latin America, South Korea, Southeast Asia, Poland, Romania and Russia, where the transactional VOD market isn’t well developed, and/or where French movies are not being widely distributed. UniFrance negotiated a flat fee with right holders, mostly sales agents, to have access to these films and offer them to users, said Quentin Deleau, head of digital at UniFrance and co-head of MyFrenchFilmFestival.

In other markets, the pricing will be 1.99 euros ($2.45) per film or 7.99 euros ($9.83) for the whole pack of films playing as part of MyFrenchFilmFestival. All shorts, meanwhile, will be available for free. In these territories, sales agents will receive a share of revenues from sales receipts.

Deleau said the festival’s strategy was to ramp up the number of entry points to the festival by partnering up with all type of platforms in every territory. In addition, UniFrance delivers platforms with a full-on marketing campaign and demands from them some good visibility on their homepage and full transparency about the number of views or purchases, added Deleau.

MyFrenchFilmFestival will also play out-of-competition pics, notably Stéphane Riethauser’s Swiss documentary “Madame,” Jean Cocteau’s classic film “Orphée” and Myriam Verreault’s Quebecois friendship drama “Kuessipan.” All films and shorts will be subtitled in 10 languages by TitraFilm, one of the festival’s many sponsors. The out-of-competition slate will also include virtual reality films and children-skewing shorts.

As every year, the fest will have a main international jury and an international press jury. The main jury will boast critically acclaimed filmmakers such as Mounia Choukri, the Quebecois actor-turned-director whose film “A Brother’s Love” won a prize at Cannes’ Un Certain Regard; Mounia Meddour, the French-Algerian helmer whose first film “Papicha” premiered at Cannes’ Un Certain Regard and won several Cesar awards; Gianfranco Rosi, the Italian filmmaker of Berlin’s Golden Bear winning documentary “Fire at Sea,” whose latest docu “Notturno” will represent Italy in the Oscar race; Franco Lolli, the Colombian director whose film “Litigante” opened Cannes’ Critics Week; and Rosalie Varda, the costume designer-turned-producer and heritage film expert who worked with her revered mother Agnes Varda behind the camera for many years.

The festival’s awards, including the international jury prize’s of 15,000 euros, will be unveiled after Feb. 15.