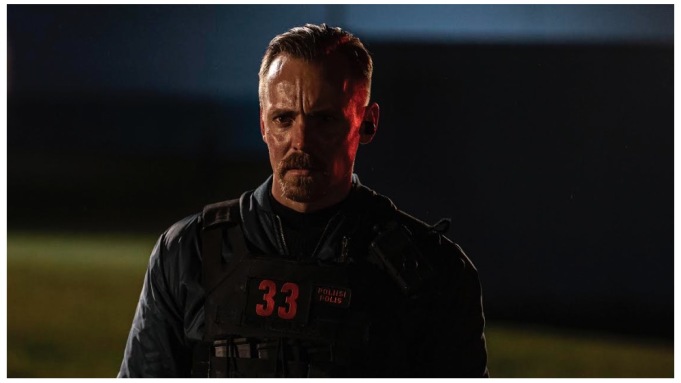 SF Studios has unveiled the trailer for the action thriller “Omerta 6/12,” one of the biggest-budgeted Finnish films ever.

The film is directed by Aku Louhimies with a cast headlined by Finnish star Jasper Pääkkönen (“BlacKkKlansman”) and Swedish actors Nanna Blondell (“Black Widow”) and Sverrir Gudnason (“Borg vs. McEnroe”).

Pääkkönen plays Max Tanner, a Finnish secret service agent operating for the European Union’s special forces. Set during Finland’s Independence Day festivities, when the Presidential Palace is attacked and the heads of state are taken hostage. Tanner is tasked to negotiate the hostage crisis and realizes that the terrorist attack is a plan to destabilize the security of Europe. Blondell plays the Swedish secret service agent Sylvia Madsen, and Gudnason stars as the leader of the Serbian groups, Vasa Jankovic.

“Omerta 6/12” is set for a theatrical release in Finland on Nov. 19, followed by a theatrical release in the Nordics during winter. Antti J. Jokinen, Sirkka Rautiainen, Mikko Tenhunen and Evelin Penttilä at Cinematic produced the film which will be distributed in the Nordics by SF Studios; and is repped by REinvent International Sales. “Omerta 6/12” will also become a four-episode TV series to be released on C More in 2022.

“Omerta 6/12” is the first film adaption based on Ilkka Remes’ bestselling novels. Jari Olavi Rantala wrote the final script for the film, based on Antti J. Jokinen and Mika Karttunen’s screenplay.

”I am delighted to see the challenge of adapting my action-packed narratives to the silver screen finally being met without compromise, and excited about the upcoming 6/12 motion picture,” said Remes.

“If anything, the story comes alive better than ever in reflecting challenging present-day issues, especially those of geopolitics,” added Remes.

Norberg said “Ilkka Remes’ high concept trillers are considered as a national treasure.” The producer said she is looking forward to seeing the global reaction to “the long-awaited and first ever film adaptation from his books.”

The film was co-produced with Estonian banner Stellar Film, with the support from The Finnish Film Foundation, among other local sources.