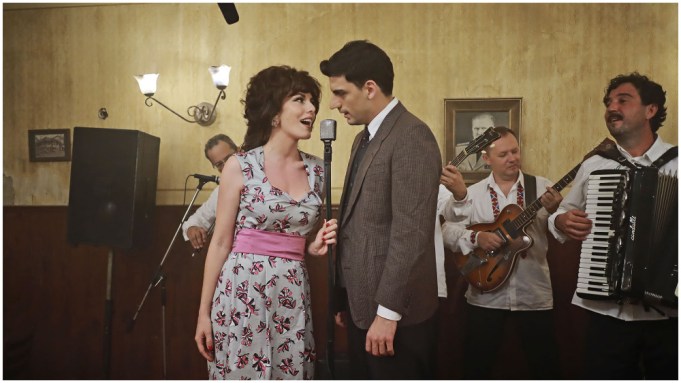 Variety has been given exclusive access to the trailer for “Toma,” Zoran Lisinac and Dragan Bjelogrlić’s biopic about Serbian singer Toma Zdravković, which closes the Sarajevo Film Festival.

“Toma” is a portrait of the iconic singer-songwriter, who was born in the former Yugoslavia and was known as much for his music as his bohemian way of life. Released 30 years after his untimely death, the film will have its world premiere Aug. 20 at several open-air locations across Sarajevo.

Told through parallel storylines, “Toma” charts Zdravković’s rise from humble, small-town beginnings to his place as one of the most beloved recording artists of his time, while also following his relationship with the doctor who treated him in the final months of his life. The film offers a snapshot of a bygone time in the former Yugoslavia, unspooling across the decades and featuring portraits of some of the most recognizable artists of Zdravković’s generation.

While researching “Toma,” Bjelogrlić conducted a series of intimate conversations with the singer’s friends and contemporaries, as well as his brother, who revealed that many of Zdravković’s best-known songs were inspired by his extraordinary life.

“Toma was known as a ‘poet of the soul,’” Bjelogrlić told Variety. “His songs have a very special sadness, singing about his controversial life. I made a movie based on that specific emotion, trying to discover the roots of that amazing sadness.”

Bjelogrlić has had a prolific career as an actor, director and producer spanning more than four decades, and has starred in some 40 feature films and 20 TV series. He is the founder of the production company Cobra Film, which produced Srđan Dragojević’s critical success “Pretty Village, Pretty Flame.” Most recently Bjelogrlić created and starred in the period drama “Black Sun,” a crime series set in the Balkans during the 1920s that was the first Serbian series to be acquired by Amazon Prime.

“Toma” is directed by Lisinac and Bjelogrlić, who co-wrote the script along with Nikola Pejaković and Maja Todorović. The film stars Milan Marić as Zdravković, along with Tamara Dragičević, Petar Benčina, Andrija Kuzmanović, Sanja Marković, Paulina Manov, Milan Kolak and Mirjana Karanović. Pic is produced by Bjelogrlić and Željko Joksimović for Cobra Film and Minacord. Vladimir Lisinac is executive producer for Vladimir Lisinac Productions.