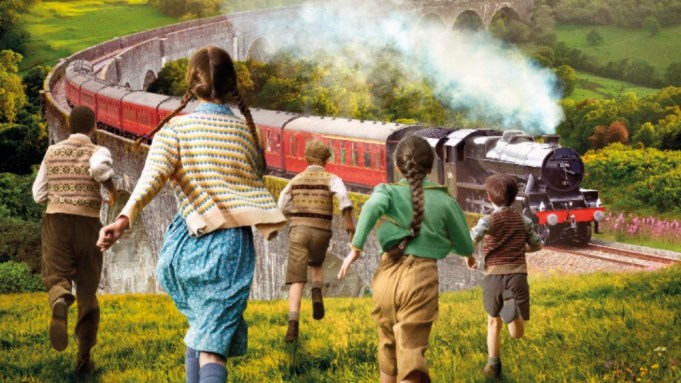 Variety can reveal the first look poster and trailer of the long awaited sequel to all-time British kids’ classic film “The Railway Children” from Studiocanal.

Studiocanal is launching global sales on the film at the virtual AFM (Nov. 1-5).

Based on a celebrated novel by E. Nesbit, the original 1970 film follows three children, who, after the enforced absence of their father, move with their mother to Yorkshire where they attempt to discover the reason for his disappearance.

Picking up nearly forty years after the events of the original film, “The Railway Children Return” follows a new group of children who are evacuated to a Yorkshire village during WWII, where they encounter a young soldier, who like them, is far away from home.

BAFTA and Emmy winning Jenny Agutter resumes her role as Roberta from the original “The Railway Children” and is joined by BAFTA winning Sheridan Smith (“Cilla”), Oscar nominee and BAFTA winner Tom Courtenay (“45 Years”) and John Bradley (“Game of Thrones”).

“The Railway Children Return” shot at picturesque locations in Yorkshire from the original film including Haworth, The Brontë Parsonage, Oakworth station and the well-known railways that feature in the film, which are all part of the Keighley and Worth Valley Railway.

The original “The Railway Children,” which was nominated for two BAFTAs, is a key title in Studiocanal’s Vintage Classics collection, which features some of the classics of British cinema. The restored Blu-ray and DVD release of the film includes a retrospective documentary and interviews with key cast Jenny Agutter, Bernard Cribbins and Sally Thomsett.

Nesbit’s novel, published in 1906, has been adapted for the screen several times, but the 1970 version by Lionel Jeffries remains the most enduringly popular.

“The Railway Children Return” will open in U.K. cinemas in 2022.