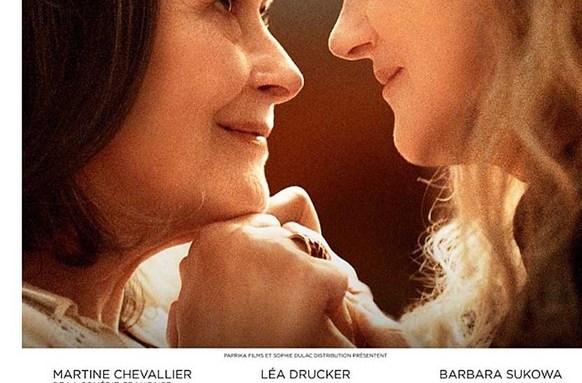 The Party Film Sales has closed further deals on Filippo Meneghetti’s romance “Two of Us,” which represents France in the international feature film race at the Oscars and is part of 15 shortlisted films.

Headlined by Martine Chevallier and Barbara Sukowa, the Golden Globe-nominated feature debut follows Nina and Madeleine, two pensioners who have hidden their deep and passionate love for many decades and see their bond put to the test when they are suddenly unable to move in together.

“Two of Us” was picked up for Switzerland (First Hand), Portugal (Midas), Korea (Green Narae), Taiwan (Filmware) and Japon (Mimosa).

The film was acquired by Magnolia for North America following its world premiere at Toronto in the Discovery section. “Two of Us” is nominated for four Cesar Awards, including best actress nods for both Chevallier and Sukowa, who previously won France’s Lumieres Award.

The Party Film Sales has already sold the movie to more 20 countries, including Spain, Italy, the U.K. Brazil and the U.S. “Two of Us” has played in more than 50 international film festivals, including Toronto, New Directors/New Films, Rome, Rotterdam and BFI London.

Meneghetti, a France-based Italian filmmaker, wrote the script with Malysone Bovorasmy and Florence Vignon. The film is from Paprika Films, Tarantula Luxembourg and Artémis Production. Pierre-Emmanuel Fleurantin and Laurent Baujard are producers.

The Party Film Sales’ roster also includes a trio of feature debuts from promising filmmakers, “Too Close to the Sun,” “The Sea Ahead,” and the animated film “My Neighbor’s Neighbours.”

“Too Close to the Sun,” directed by Brieuc Carnaille, follows Clément Roussier (“Churchmen”) as Basile, a 30-something man who suffers from a psychiatric disorder and tries his best to re-establish a sense of normality in both his live life and work while living with his sister and confidant (Marine Vacth, “DNA”). The film also stars Diane Rouxel (“Standing Tall”) and Hakim Faris, and is produced by France’s Vixens (“The Charmer”) and Belgium’s Gapbusters.