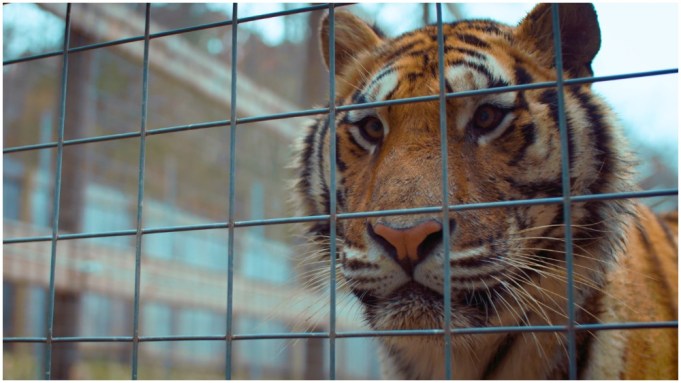 Cargo Film & Releasing has revealed the trailer for documentary “The Conservation Game,” directed and produced by Michael Webber (“The Elephant in the Living Room”) via his Nightfly Entertainment banner.

The film tracks Harrison as he stumbles upon a bombshell discovery while undercover at an exotic animal auction and starts an investigation to track down the whereabouts of rare and endangered big cats. As his investigation unfolds, Tim wrestles with the consequences of exposing the tightly held secrets of the exotic pet trade and ultimately confronting his childhood hero, Jack Hanna.

“I first ran into the issue of exotic animals as pets when I read Tim’s ‘Wild Times: Tales from the Suburban Safari,’ which revealed this incredibly bizarre subculture and how vast is the practice of bringing exotic animals into your home – the lack of regulations, the cruelty of it all,” said Webber. “In fact, that experience led me to ‘The Elephant in the Living Room,’ my first documentary.”

“Anytime you take an animal out of its natural environment and put it in front of a crowd of people, clapping and screaming like a bunch of maniacs, it amounts to mental and physical cruelty,” said Harrison. “‘The Conservation Game tells you what happens to these animals, where they come from and where they go. And it’s horrible. Absolutely horrible.”

Media company Gathr will provide a sneak peek/press screening of “The Conservation Game” on Aug. 24, followed by a Q&A with Webber and the film’s principals.

“It’s tremendously rewarding to premiere ‘The Conservation Game’ on Gathr’s virtual exhibition platform, and to feature it on SI Tix. Event Cinema is so much more than a movie ticket, so expanding event discovery beyond the confines of movie ticket platforms and onto ticketing exchanges that also feature concerts, theater and sports is a big win for our business, not to mention issue-centric documentaries,” said Gathr CEO Scott Glosserman.

David Lane, CEO, SI Tix, said: “We’re thrilled to partner with Gathr to debut our first cinema offering on SI Tix and to bring this unique and exclusive, interactive screening of ‘The Conservation Game’ to our growing customer base.”

Following the sneak peak the film will be having its Los Angeles theatrical premiere at the Laemmle beginning Aug. 27 which will also be followed by an in-person Q&A with Carole Baskin, Tim Harrison, and Michael Webber. The will also have a full week run at the Cinepolis in New York City Sept. 17 at 7 PM with a kick-off screening with Webber in attendance and will expand to several other cities such as Atlanta, Santa Barbara and Columbus, Ohio.

“I look forward to engaging with audiences in the live talk after our screening to discuss the important issues raised in this ground-breaking film,” said Baskin.

“‘The Conservation Game’ shines a light on an important issue that my colleagues and I in Congress have been working diligently to address for years. We’ve seen the impact that films and television series can have when they highlight animal issues. It’s my hope that this film will educate the public and eventually lead to the passage of The Big Cat Public Safety Act,” said Congressman Mike Quigley.