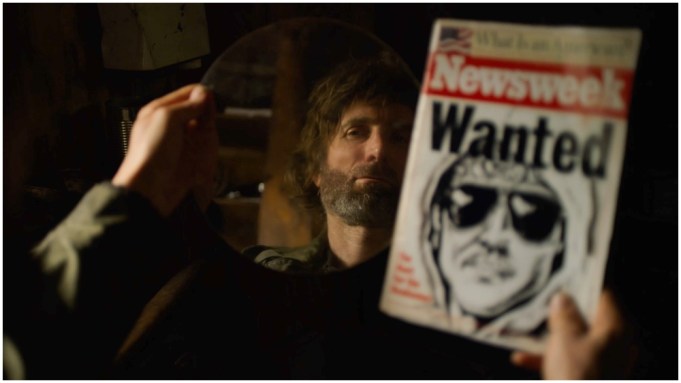 Hanway Films and Cinetic Media have dropped the first clip from Tony Stone’s (“Peter and the Farm”) “Ted K,” starring Sharlto Copley (“District 9”) as the Unabomber Ted Kaczynski. The film is produced by Heathen Films in association with Verisimilitude, Hideout Pictures, In Your Face Entertainment and Cameron Brodie, and will screen in the Panorama section at this year’s Berlin International Film Festival.

Drawing from Kaczynski’s own personal diaries and the accounts of those who knew him during his time spent in the Montana wilderness, “Ted K” recalls the years that Kaczynski spent living in isolation in the Montana wilderness. Kaczynski, a former university professor who despised modern society and its faith in and reliance on technology, became radicalized and committed several acts of sabotage, ultimately elevating to the deadly bomb attacks which inspired the longest and most expensive investigation in the history of the FBI up to that point.

Amazon Prime Video has confirmed that its reboot of revolutionary Spanish YA series “El Internado: Las Cumbres” is getting a second season, scheduled to premiere in 2022.

Season One, which premiered on Feb. 19, was among the Top 5 most-anticipated new series of the month globally according to the Whip Media’s TV Time anticipation report and tied with Netflix’s “Tribes of Europe” in the number two spot for Shows on the Rise the week of Feb. 15-21.

“El Internado: Las Cumbres” is produced by The Mediapro Studio and Atresmedia Studios, and available globally on Amazon Prime Video.

Indian producer Vikram Malhotra’s Abundantia Entertainment, (Amazon’s “Breathe”) has acquired the rights to best-selling author Ashwin Sanghi’s iconic book “Keepers of the Kalachakra,” and will adapt it as a multi-season series.

The book tells the story of men who guard the Wheel of Time and the protagonist, scientist Vijay Sundaram, who races against time to save humanity from impending doom.

Sanghi’s other best-selling novels include “The Rozabal Line,” and “Chanakya’s Chant,” and he has written two novels with James Patterson – “Private Delhi” and “Private India: City on Fire.”

In response to overwhelming demand from filmmakers, U.K. cinema crowdfunding platform Greenlit has relaunched with a new international virtual hub Greenlit.com, piggybacking off the popularity of the original Greenlit.fund.

80% of Greenlit projects reached their funding goals last year, bringing the total number of backed projects on the platform to more than 50. Early successes include “One Man and His Shoes,” an Air Jordan documentary which screened at SXSW, and dramedy “Ecstasy,” a BIFA shortlist title currently available on BBC iPlayer.

After 11 years on the DOK Industry team at DOK Leipzig, Brigid O’Shea is stepping down as head of the section, a role she has held since 2005, to pursue other endeavors.

In her time at DOK Industry, O’Shea developed several formats for the festival, such as the DOK Preview rough cut presentations and the short film pitch DOK Short n’ Sweet. Much of her efforts went into curating, growing and supporting DOK Co-Pro Market, which facilitates more than 900 individual meetings each year.

BMG Production Music has appointed Deb Oh to the role of senior director of creative licensing as the company expands its East Coast sales operation with an eye on strengthening its advertising and sync division and bolstering its international business.

Based out of New York, Oh will be responsible for heading the company’s movements in advertising with production music for the East Coast, as well as launching a new custom advertising department. She will report to BMGPM U.S. sales team lead Amberly Crouse-Knox.