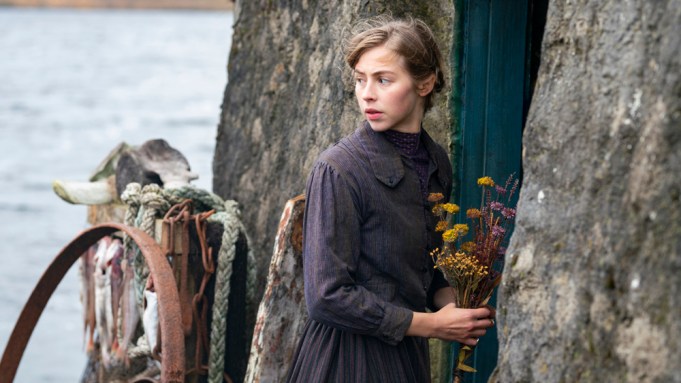 It’s an awfully long way from Louisiana to the Isle of Lewis in Scotland’s Outer Hebrides, but for Richie Adams, it was a journey worth taking. The American filmmaker, previously best known for U.S.-set indies “Of Mind and Music” and “Inventing Adam,” has made the most expansive, ambitious film of his career in “The Road Dance.”

Appropriately having its world premiere at the Edinburgh Film Festival, the film is a sweeping rural melodrama centered on first love, the horrors of war and patriarchal oppression in a small Scottish village some years before the First World War. The change of pace has unleashed a burst of creative energy in Adams, who has two new features — an adaptation of the nonfiction book “Mr. Townsend and the Polish Prince” and an original screenplay, “Pedro Pan” — written and, in his words, “ready to go.”

Adapted from a 2002 novel by Scottish author John MacKay, “The Road Dance” is the product of Adams’ personal affection for the classically styled British period dramas of filmmakers like David Lean and Joe Wright. “Being set in the Outer Hebrides, this story has a lot less pomp and circumstance than something like ‘Atonement,’ but it was transporting in the same way for me,” he says. “I love that idyllic time and the sense of community in that small village that, being from Louisiana, is so different from anything I was used to. And reading the book, I thought that if this is so fresh and new to me, I bet it would be to a lot of other people.”

Centered on headstrong teenager Kirsty (a breakout turn from Hermione Corfield, star of TV’s “We Hunt Together”) as she negotiates a series of personal misfortunes after her boyfriend heads off to war, the film has a modern sensibility that belies its early 20th-century setting — particularly in its depiction of sexual assault and trauma. “When I read the book, I was struck by how relevant it was to right now,” he says. “But this was a time when women like Kirsty could not be as vocal about what she endures. We had to be true to the period, but I ultimately wanted to tell a story about overcoming unthinkable tragedy.”

Shooting largely on location last autumn in the remote Isle of Lewis township of Garenin (population: 80), Adams embraced the challenges of unfamiliar geography and ever-inclement weather, atop the difficulties of filming under pandemic conditions. “It’s 100% harder,” he says, “especially because we’re all wearing masks all the time, all except the actors when they’re shooting. And we’re shooting a lot of very heavy emotional scenes, and I like to get up close and personal with the actors, but then I come up next to them and they can’t see my face. So I have to really project empathy.”

For his next projects, however, Adams will stay closer to home. Also being developed with “Road Dance” backer Uinta Productions, “Mr. Townsend and the Polish Prince” tells the story of Joe Purzycki, the first white football coach ever hired at the HBCU college Delaware State, and the controversy and racial conflict — en route to eventual triumph — that followed his appointment. “It’s just a beautiful story,” he says.

“Pedro Pan,” meanwhile, is inspired by the true story of Operation Pedro Pan, the mass evacuation of over 14,000 unaccompanied Cuban children to the U.S. between 1960 and 1962. “The script follows this unlikely group of a Cuban socialite, a nephew of a former Cuban president, an English schoolteacher, and an Irish-American Catholic priest who craft a plan to get these children out of Cuba under the nose of Castro’s secret police.” Andy Garcia, he says, has read the script and is “very interested.” As for which one will go ahead first, Adams is happy either way: “It’s really about what direction Uinta would like to go.”