Pluto Film Acquires ‘A Vanishing Fog,’ Set in the Extraordinary and Endangered Páramo of Sumapaz (EXCLUSIVE) 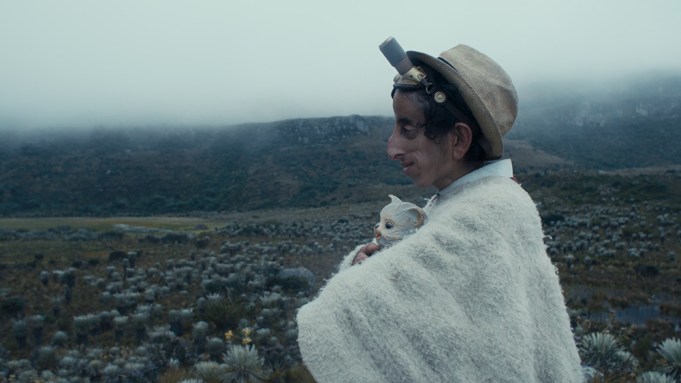 Variety has had exclusive access to the film’s trailer.

Packed with ambitious imagery that playfully wavers between the social drama and science fiction, “A Vanishing Fog” uses as a background the deeply beautiful landscape of the Páramo of Sumapaz, the biggest of its kind, whose soil – as most of Colombia’s ecologically rich lands – has been scorched by the country’s social conflict and environmental irresponsibility.

Purposely mysterious, the film is produced by Schweizen Media Group and backed by the Czech Republic-based MagicLab which provides VFX to achieve a sense of the magical realism so intrenched in Colombian society. It revolves around a unique man named F. who lives with a extremely rare condition named Hallerman-Streiff and his relationship with his father while surrounded by solitude and a deep sense of a collapsing world.

“I am thrilled and honored to world premiere in the official competition at Tallinn Black Nights Film Festival and present my second feature to a worldwide audience. “A Vanishing Fog” is a cinematic and sensory experience entirely shot in the endangered Paramo of Sumapaz in Colombia — a place of great importance for the ecological balance of the entire Western hemisphere. It pays homage to this magical place and to its people. It’s a personal call to take urgent environmental action,” said Sandino.

Pluto Film’s Manola Novelli added: “We are all excited to share the trailer of this intriguing film with the international audience. We invite the spectators to embark upon a journey that will take us to magical places in the company of fascinating and unconventional characters.”