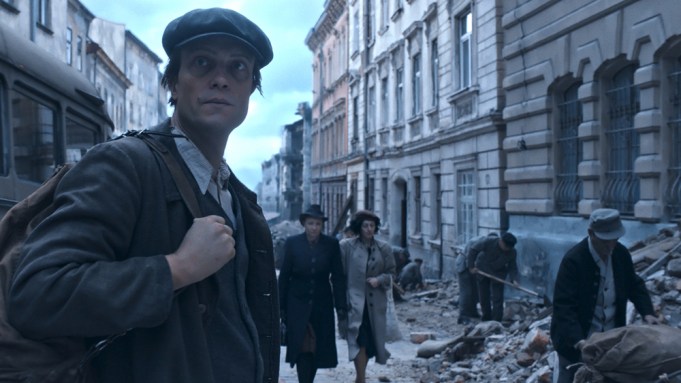 The worldwide trailer for Holocaust revenge film “Plan A” has been revealed, with Variety given an exclusive first look. The English-language drama, based on a true story, stars August Diehl (“A Hidden Life,” “Inglourious Basterds”), Sylvia Hoeks (“Blade Runner 2049,” “The Girl in the Spider’s Web”), Nikolai Kinski (“The Barbarians”) and Michael Aloni (“Shitsel”).

The film, by Israeli helmers Yoav and Doron Paz (“Phobidilia,” “The Golem”), will be released by Menemsha Films in North America, Signature in the U.K., Ireland, Australia and New Zealand, New Select in Japan, Twelve Oaks Pictures in Spain, NOS Lusomundo in Portugal, Danal Entertainment in Korea, and CaiChang in Taiwan. Further territory sales, negotiated by Global Screen, are to be announced soon.

Set in Germany in 1945, the film centers on Max (Diehl), a Holocaust survivor, who meets a group of Jewish vigilantes. Together they develop a plan to take monstrous revenge against the German people for the Holocaust: to poison the water system in Germany, and kill 6 million Germans. The film is based on the book “Nakam” by Israeli historian Dina Porat.

In a statement, the directors said that having interviewed the real life conspirators, known as the “The Avengers,” they sought to answer some questions. “Their conflict is the dramatic engine that fascinated us in this story. Are you able to become the monster yourself? Are you able to move on with your life after your entire family was murdered? What is your interpretation of revenge – killing back and destroying? Or celebrating life and building something new?”

They added: “We believe that ‘Plan A’ is a gripping true story that deals with the most primal and natural human instinct – pure revenge. It gives the audience a new perspective about the Holocaust and confronts powerful feelings of revenge, justice and morality.”

“Plan A” is produced by Skady Lis of Getaway Pictures and Minu Barati of Jooyaa Film in Germany, and it is coproduced by Chilik Michaeli and Avraham Pirchi of UCM in Israel.