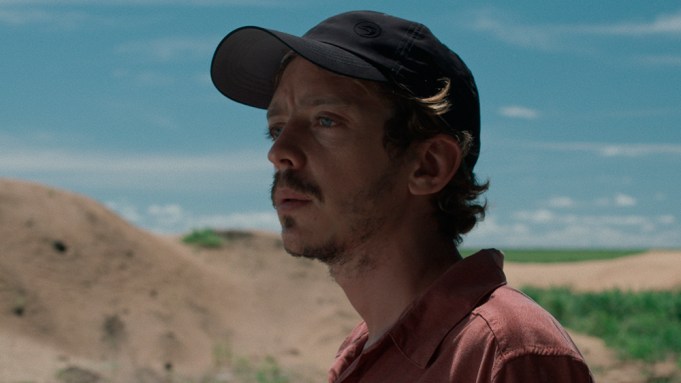 Led by “Persian Lessons” and “BPM (Beats Per Minute)” star Nahuel Pérez Biscayart, Manuel Nieto’s “The Employer and Employee” has been snapped up for world sales by Latido Films.

The Madrid-based sales agent has also dropped a trailer for the film. The deal was made in the run-up to July’s Cannes Festival where the feature, Nieto’s third, will world premiere in Directors’ Fortnight.

One of the biggest new Latin American films at Cannes, “The Employer and the Employee” marks a step-up in scale for Uruguayan writer-director Nieto and enhances his reputation as one of the region’s major directors on the rise.

Also written by Nieto, “The Employer and The Employee” (“El Empleado y El Patrón”) charts the two parallel lives of an employer, Rodrigo (Pérez Biscayart), and an employee, teen Carlos (Cristian Borges), who is the son of a grizzled land laborer scratching out a living on the vast estates of Rodrigo’s bourgeois landlord father, which stretch all the way from Uruguay to the Brazilian border.

Uruguay’s rural economy has been in crisis since 2002, its traditional livestock labor force forced to sell up and emigrate, so Rodrigo’s family has turned to agribusiness and soy plantation. However, they can’t find qualified drivers for one of his largest combine harvesters. Desperate, Rodrigo hires Carlos, who doesn’t have a license nor experience, sparking a tragedy whose consequences play out over the film.

The film’s trailer reveals further plot details, highlights central themes and showcases Nieto’s shooting style. It ends with a shot of Rodrigo and Carlos advancing down a road on a seemingly endless plain, Rodrigo in his four-wheel car, Carlos on a his horse, wearing a gaucho cowboy beret and thick trousers.

Despite wrenching historical change, the remnants of Uruguay’s rural workforce – where the horse is “key not only as a work animal or means of transport, but also as a revered symbol of freedom,” Nieto says –  co-exist side by side with the country’s new high-tech, soy farmers.

Carlos and Rodrigo live parallel lives in many ways. Both feel stifled by their young families. Rodrigo escapes to the beach to smoke joints; Carlos, when he leaves his humble home, seems more preoccupied in saying goodbye to his horse than his young wife. But when a workplace accident kills Carlos’ baby daughter, and Uruguay’s unions threaten to sue Rodrigo, the friendship they finally do strike up is tainted by Rodrigo’s guilt and fear of prosecution, and Carlos’ ambition to borrow the family’s prize steed town a big local horse race.

“Manolo Nieto has managed to capture with surgical eye the idiosyncrasy of Uruguayan rural world, one based in traditions and where social classes know their place,” said Oscar Alonso, Latido Films’ head of acquisitions and festivals.

“But Nieto also knows how to shake things up, bringing together two sides of the same coin. Suddenly all that was assumed for granted can be at stake,” Alonso added. “Nahuel Perez Biscayart is at the top of his game, but what is really memorable is the chemistry he has with newcomer Cristian Borges. For us at Latido, a story with so many layers and a director with such a personal voice was something that we could not let go.”

Lead-produced by Nieto’s Roken Films in Montevideo, the film is structured as a multilateral co-production – often a sign in Latin America of a courted bigger arthouse project.

The film’s production partners are Pasto (“A Family Submerged”) and Murillo Cine (“The Snatch Thief”) in Argentina, France’s Paraiso Production Diffusion (“Agosto”), Brazil’s Vulcana Cinema (“Castanha,” “Rifle”) and Sancho & Punta (“Yesterday There Were Strange Things in the Sky”) and Nadador Cine (“Belmonte”) back in Uruguay.