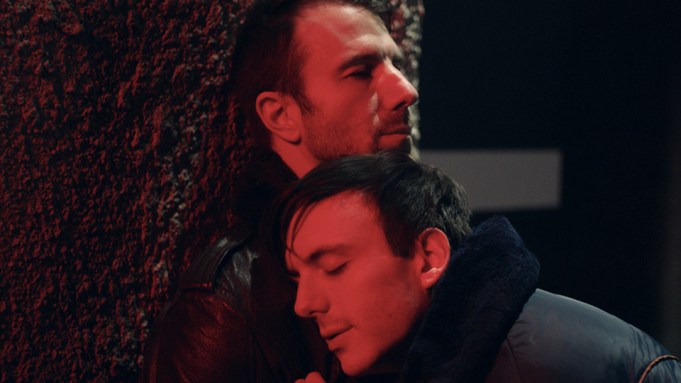 Strand Releasing has unveiled the trailer for Eric Steel’s coming-of-age film “Minyan” which world premiered at the Berlin Film Festival and won a special mention at the Jerusalem fest.

The feature debut will have its North American premiere in New York on Oct. 22., followed by a release in Los Angeles, San Francisco, Chicago and across the country. On top of its win at Jerusalem, the movie won the Grand Jury Prize for best U.S. narrative feature at Outfest.

“Minyan” tells the story of David, a young man from Brooklyn coming to terms with his sexual identity amidst the AIDS crisis in the 80’s, as well as his place within the Jewish community. He bonds with older gay couple whom he ends up supporting when one dies and the other is forced with an eviction from his housing project. David eventually creates a “minyan” to help provide protection for that man to stay within his apartment.

The film was written by Steel and Daniel Pearle, based on a short story by David Bezmozgis. It was produced by Luca Borghese and Ben Howe. Steel’s production credits include “Julia & Julia,” “Angela’s Ashes” (as exec producer) “Bringing Out the Dead” (as co-producer).

“I saw ‘Minyan’ at the Berlin Film Festival and was struck by it’s amazing humanity, Eric Steel’s attention to detail to the period and most importantly the incredible performances from Samuel H. Levine as David and veteran actor Ron Rifkin,” said Marcus Hu, Strand Releasing’s co-founder.

Hu said he knew Eric from his previous film, “The Bridge,” ‘a documentary about the Golden Gate Bridge and it’s allure as a place for people to consider jumping from as a point for suicides.” The docu, inspired by New Yorker article, was distributed by IFC.

“There is a particular way that strangers move through strange lands. Immigrants, Jews, homosexuals — in order to survive, they have learned to be keen observers, listeners more than talkers, always on the lookout for danger and openings. They carry history under the skin, and make do with less to fulfill a promise in the future,” said Steel in his director’s statement.

Steel said he was inspired by a line from James Baldwin (…) that “plays a central part in Minyan: ‘Go back to where you started, or as far back as you can, examine all of it, travel your road again and tell the truth about it. Sing or shout or testify or keep it to yourself; but know whence you came.'”