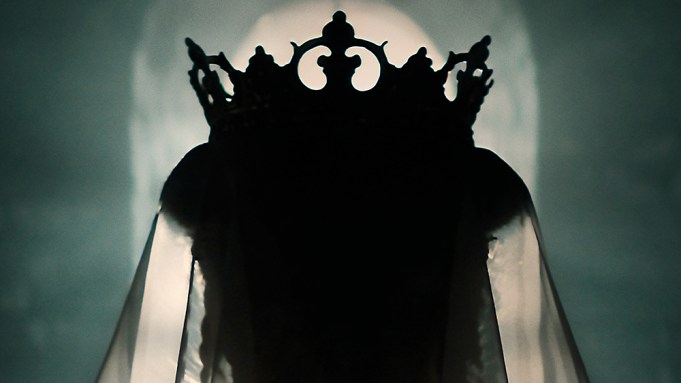 Dyrholm, whose credits also include Susanne Bier’s Oscar winner “In a Better World” and May el-Toukhy’s “Queen of Hearts,” toplines as Margrete the First, who is considered the most powerful ruler in Scandinavian history, as she gathered Denmark, Norway and Sweden into a peace-oriented union.

With a big budget by Scandinavian standards, “Margrete – Queen of the North” marks the first biopic movie about Margrete the First, a woman ahead of her time who sacrificed herself completely for her vision and for her countries. “Margrete -Queen of the North” is one of the titles set to be presented in the work in progress section at Goteborg’s virtual Nordic Film Market.

This teaser is from a key scene in the film, when a shocking rumor reaches the castle and puts Margrete in an impossible dilemma, threatening to tear everything she has worked for apart.

The film’s producers, SF Studios’ Birgitte Skov and Lars Bredo Rahbek, said the film broke new ground. “A grand period movie helmed by a female director with such high ambitions is a rarity in Scandinavian film. Let’s hope this is a new direction and the shape of things to come.”

Rikke Ennis, CEO at REinvent International Sales, said “Margrete – Queen of the North” is a “dream project” for the company, and it would “stand out as a modern classic.”

“Rarely do we see a project of this size in the Nordics and with a female power-team consisting of acclaimed director Charlotte Sieling and award-winning actress Trine Dyrholm, we have no doubt that this film will be sold world-wide.”

Sieling is one of the most acclaimed Danish directors with credits such as “The Killing,” “The Bridge,” “Those Who Kill” and “Homeland.” Most recently, she directed an episode of HBO’s horror series “Lovecraft Country.”

Sieling co-wrote the script with Jesper Fink (“Before the Frost”) and Maya Ilsøe (“The Legacy”). The film was co-produced by Filmkameratene (Norway), Truenorth (Iceland), Sirena Film (Czech Republic) and Film i Väst (Sweden), with support from the Danish Film Institute, TV 2, Swedish Film Institute, Norwegian Film Institute, Icelandic Film Centre, among others. SF Studios is planning to release the film during the third quarter of this year.