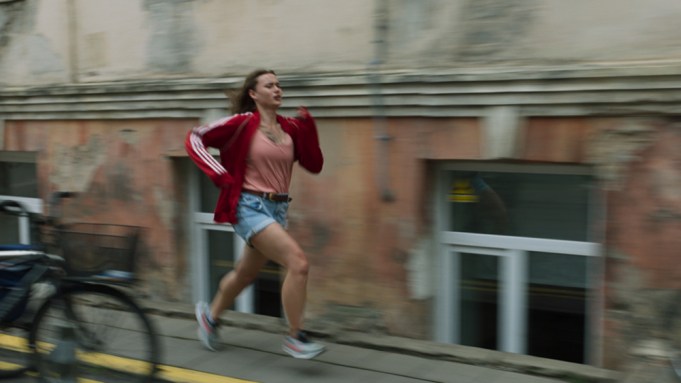 London-based sales agency Alief has come on board “Runner,” directed by Andrius Blaževičius, which world premieres in the East of the West Competition at the Karlovy Vary Intl. Film Festival.

The film centers on Marija (Jakštaitė), who learns that her boyfriend has had another of his psychotic episodes, and has disappeared from their home. She runs into the streets of the city in order to find him and hopefully prevent a tragedy. Armed with patience and love she chases random clues through the city. Blaževičius’s dynamic drama is set over the course of 24 hours.

In his director’s notes, Blaževičius comments: “I want to talk about freedom through an ordinary person’s everyday struggles. I’m interested in knowing what it means to be free when you’re in love, have parents, when fear of war lingers over your country, when everyone’s dependent on modern technologies, when Soviet mentality still confines many people’s way of thinking, when your body is sick. I’m interested in a person’s free will and choice to sacrifice their freedom for something extremely important to them.”

He adds: “Maria, the protagonist, is constantly on the move. She runs, races and solves the many problems that have befallen her that day. She is permanently struggling with her surroundings. The pace of the film is very fast and chaotic – many short sequences, with the camera constantly moving. In this way, I wish to convey the state our protagonist is in, and to portray the modern person’s pace of life, someone who is always in a hurry and never on time.”

The film is produced by Marija Razgutė of M-Films in Lithuania. The co-producers are Vratislav Šlajer and Jakub Košťál at Bionaut in the Czech Republic.