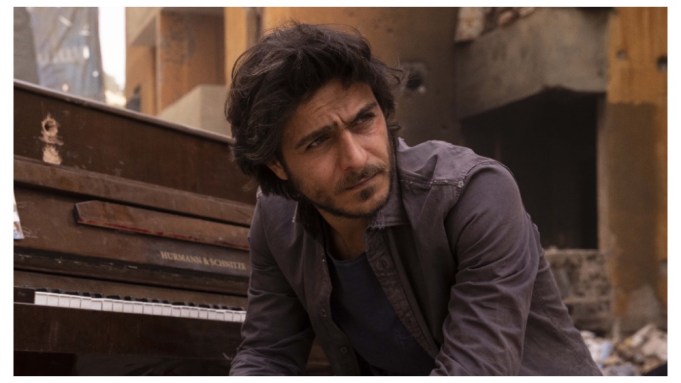 “Broken Keys” is a follow-up of Keyrouz’s short “Nocturne in Black,” winner of a flurry of international awards, including the BAFTA Los Angeles Student Film Award.

The movie was scored by music composer Gabriel Yared (“The English Patient”) and produced by Antoun Sehnaoui at Ezekiel Film Production, whose credits include “The Insult,” “Raw” and “Clouds of Sils Maria.”

Set in 2013 in a war-torn village in Islamic-State controlled Syria, the film follows Karim, a pianist who placed his last hopes in his instrument. When an ISIS soldier destroys his piano, he leaves his home to embark on a dangerous journey to find the missing parts he needs to rebuild his piano.

“Broken Keys” was partly shot in Mosul, Iraq, in the last Islamic State stronghold. “Back then, the war was raging and, like everyone else, I was glued to the news, watching all these terrible things that were happening over there,” said Keyrouz, a piano player himself. “What ISIS was doing was worse than any fiction one could write. But when I heard that music was banned, I was shocked. It was so inconceivable, for me, that something as beautiful and innocent as music could be banned,” added the filmmaker.

Indie Sales founder Nicolas Eschbach said, “Keyrouz has delivered a moving and inspiring story on the power of music to resist tyranny.”

“We were really moved to discover the film in times otherwise very challenging for music and art at large,” said Eschbach.