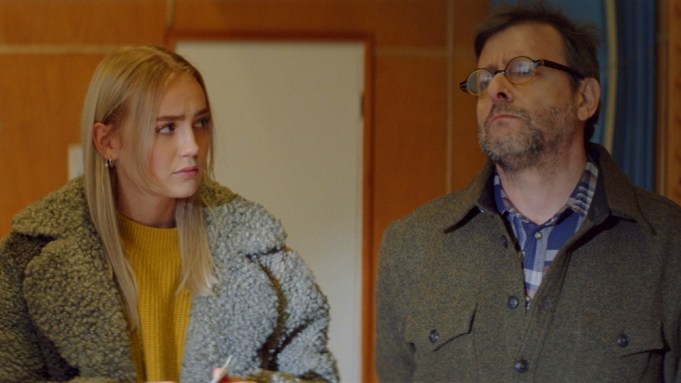 The film follows 17-year-old Sigga who tells her parents she is leaving her beautiful Icelandic fishing village to become a poet in California as her grandfather has just given her enough money to buy a plane ticket. Her parents are shocked. and her three childhood friends, Kati, Benni and Gunni, don’t want her to go. Complications ensue when Nikki, a good-looking stranger, enters the mix.

“Iceland Is Best” is the first collaboration between Newsom and No Reservations Entertainment. The film’s genesis is from when Newsom was acting as head of development at a film fund in Los Angeles.

“I had made “Plunge” as a director/writer in the U.K. and wanted some experience of Hollywood,” says Newsom. “I found myself in Rocket Video, a DVD rental store on La Brea in Hollywood. I was digging into the international film section when I noticed a pair of peculiarly-shaped eyes behind the Charlie Brown-style sales-booth. I was mesmerized. The eyes’ owner explained her name was Sirry and that she was from Iceland. It was as if she’d come from the moon. A small voice told me I needed to know more.”

The tale of Sirry’s struggle to leave home as a teenager moved Newsom deeply. “A vision for a film was stirring in the dark. As if from a chrysalis,” Newsom says.

“Iceland Is Best” is produced by Will Randall-Coath and Dankuro Shinma, who also shot the film.

The film is currently on release in the U.K.