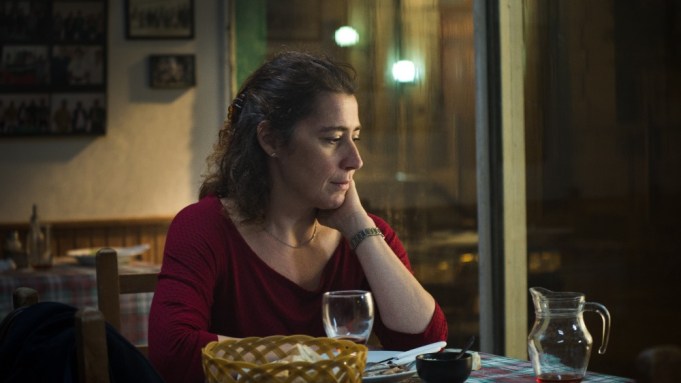 It’s a return to the Spanish fest for the film, which participated in the 2019 Films in Progress, now called WIP Latam. Banchero will be especially busy at this year’s festival, as he is also bringing his next project, “Las muertes pasajeras,” to this year’s Europe-Latin America Co-production Forum.

Hilda is a purposefully lonely woman living in the small rural town of Conception who intentionally sabatoges any sort of emotional connection with the people around her. However, when her eldest son sends word that he will be returning home for his first visit in years, she makes a concerted effort to change before the visit.

Hilda decides to fix up her neglected home as well as her own physical appearance, until now little more than an afterthought. At the last minute, after Hilda has finished her makeovers, her son cancels the trip, sending the woman into a spiral, forcing her to reflect on a past she’d rather forget.

In the trailer, we see Hilda just after learning the news of her son’s scheduled return, making plans to fix up the house and looking for help in doing so. Interspersed with grainy, low-fi footage of seemingly happier times, we get a taste of Banchero’s penchant for playing with time and place and his unwillingness to commit to either while telling his story.

“I film to understand myself and the people around me,” says Banchero of his filming style. “I aspire to compose a cinema that is governed by the interiority of the characters. I do not seek a full understanding of space or time. Emotion and memory should rule the film.”