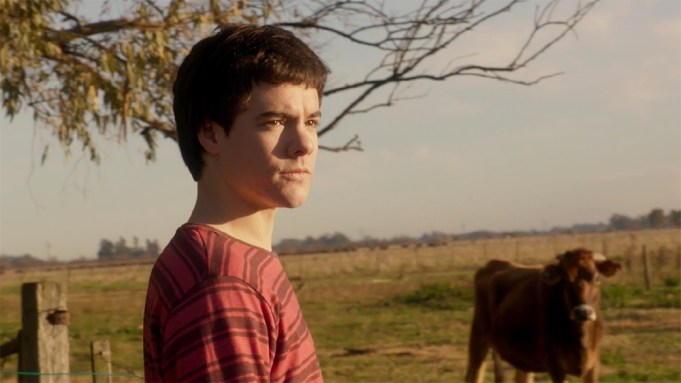 “This slow burn thriller, disguised as an illicit romance, surprised everyone at its Bafici premiere and critics went mad. It’s a kind of high concept festival gem that is hard to find nowadays…. all major festivals and buyers will chase this one,” FilmSharks CEO Guido Rud announced. Rud has also acquired the remake rights of the film for his subsidiary, The Remake Company.

As revealed in the trailer, which debuts in Variety, “Bandit Love” turns on a 16-year old, the son of a prominent judge, who is romantically entangled with his 35-year old teacher. Unhappy at home, he takes off with her to a hideaway in the countryside. What starts off as an idyllic, erotically-charged weekend turns into a nightmare when her “brother” shows up.

Former child actor Renato Quattordio who once starred in Disney XD television series “Once” and has been in various film, TV and stage roles since, plays the naive teen opposite Romina Richi, who also directed opera-inspired experimental short “Las Chinas” and a documentary about playwright and theatre and opera director Alfredo Arias, “Fantarias,” both of which also had their world premiere at the hybrid edition of Bafici this year. The festival runs March 17-28.

Werner studied film direction at CIEVY (Cine y Artes Audiovisuales), a Buenos Aires film school, and began his career in film as a producer alongside such notable Argentine filmmakers as Martín Rejtman, Ana Katz and Sebastián Schindel, among others. He has worked as an assistant director and has directed music videos for different artists.

FilmSharks has acquired a variety of films in the past weeks, as it continues to build an extensive catalog that features a diversity of genres, from comedy and social satire to horror, action and suspense. Recent acquisitions include Diego Maradona doc “La Muerte de Dios,” Angela Molina dramedy “Charlotte” and Fernando Spinner’s supernatural thriller, “Immortal.”