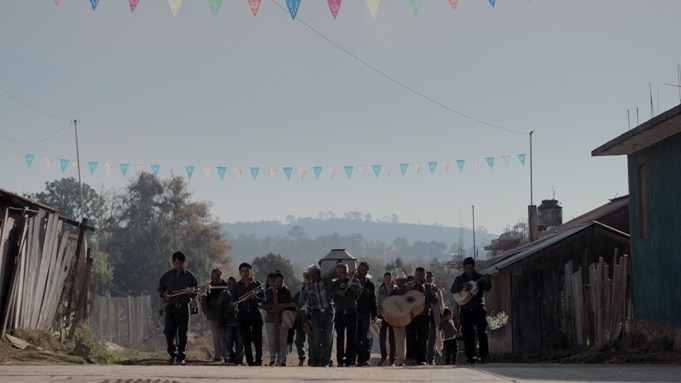 It’s been worth the wait. Mexican indigenous filmmaker Angeles Cruz and her producing team could have bowed her feature debut “Nudo Mixteco” at one of the many virtual film festivals last year, but they decided to wait for an in-person film festival to launch it to the world.

“Premiering ‘Nudo Mixteco’ during the maelstrom of last year did not feel appropriate,” said Cruz. “In my community, there has never been a movie theater so when I first saw a film projected in a cinema, it completely changed my outlook,” she asserted.

So more than a year after it participated in the 2019 San Sebastian Film Festival Films in Progress showcase, “Nudo Mixteco” world premieres at the 38th Miami Film Festival, which will run a hybrid virtual and in-person event over March 5 -14.

“Nudo Mixteco” is also one of only eight films vying for the big prize at Belgium’s MOOOV Film Festival in April. Other major European film events are pending confirmation.

“It’s an honor to launch this film in our hometown, Miami, not only because it’s our first film directed by an indigenous woman, but mainly because it’s exceptional,” said FiGa Films’ Sandro Fiorin, who unveils the film’s official trailer and its poster by renowned Mixteco artist Sergio Hernández in Variety.

“Angeles is a complete artist; she’s captured a real cinematic story with all its complexities, straight from the source, though not straight at all, no compromises,” Fiorin pointed out, who says he snapped up all rights to the drama as soon as he saw it in San Sebastian.
Set in San Mateo, a village of the Mixtec Oaxaca where Cruz grew up, “Nudo Mixteco” revolves around three individuals whose lives intersect during the village’s patron saint festivities.

The first is Maria, who returns for her mother’s funeral in the village, but is shunned by her father for being a lesbian; the second, Esteban, comes back from working in the U.S. to find that his wife has taken up with another man. A third, Toña, rushes back to save her daughter from the clutches of an uncle who abused her when she was a child. In the latter two cases, they call on the village community to decide on their fates. According to Cruz, this communal decision-making, called the Sistema de Usos y Costumbres (System of Uses and Customs), is quite prevalent in Oaxaca and other similar indigenous communities. Aside from six professional actors, the rest of the cast and crew were made up of the villagers, Cruz added.

“When I began to write this story, I thought it would be about returning to my roots, but after I finished it, I realized that it was more a reflection on what we indigenous women go through, our desires, our sexuality,” she mused.

The story of Maria brings home the fact that in Cruz’s community and many like hers, lesbianism does not exist. “They accept male homosexuality, but not lesbianism,” she said, adding that gay marriage is legal in the state of Oaxaca among other regions of Mexico, but not on a federal level.

“Nudo Mixteco” is among the growing number of indigenous themed stories that are emerging from Latin America and other parts of the world, including North America, New Zealand, Australia and the Pacific Islands.

Speaking for herself and in turn, for many emerging filmmakers like herself, Cruz said: “I never saw myself portrayed in cinema so I decided to write one that would reflect my reality.”