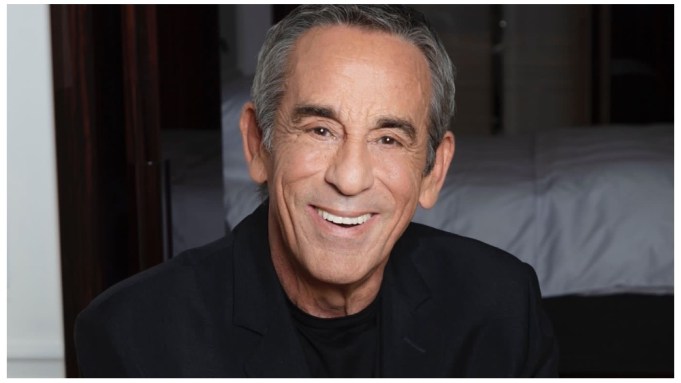 Thierry Ardisson, a famous French TV journalist, host and producer known for roasting some of the biggest stars and political figures in modern history, has teamed up with Mediawan’s 3eme Oeil Productions to resuscitate late icons in “L’hotel du Temps.”

He interviews them in his favorite Parisian palace, the Hotel Meurice. Represented by Mediawan Rights, “L’Hotel du Temps” has been commissioned by French public broadcaster France Televisions’ France 3 channel for primetime.

Ardisson has tapped an extended team of researchers to explore all interviews and statements that each person ever gave and look at other material in order to craft the segments. Everything that the interviewee says during “L’hotel du temps” is something that has already been attributed to that person.

“We’re not making anything up, it’s all out there and we’re conducting a tremendous investigative work to shed a different light on these cultural icons; on some occasions we’re showing things that were said [but were] somehow overlooked,” said Ardisson, whose successful career in television spans almost 50 years.

The French journalist and producer enlisted the best in the business to put together “L’Hotel du Temps”: 3eme Oeil Productions, the banner behind the country’s highest rated evening talk show “C’est à vous,” and MacGuff, the leading visual effects and animation company whose credits include blockbusters such as “Despicable Me.”

Each 90-minute episode sees these iconic personalities and their peers, notably Louis de Funès, Marlene Dietrich, Michel Audiard and Michèle Morgan, mingle in different areas of the hotel, and sit for one-on-one conversations with Ardisson. The journalist — nicknamed the “man in black” in France due to his all-black outfits — will interview these cult figures with his staple style, mixing dark humor and a playfully irreverent tone.

Ardisson also has the reputation of doing in-depth research on his guests to find “blind spots” and he’s applying this mandate to “L’Hotel du Temps.” In order to provide deeper insight and some historical context, each interview will be weaved with testimonies from peers, and a wide range of archive footage. The format is considered hybrid as it’s combining elements of a magazine show with documentary and fiction.

Ardisson said the idea for the show came to him after he was axed from the Canal Plus Group where he hosted the talk show “Salut les terriens” for 13 years.

“I realized it was time to stop hosting a talk show because there aren’t any more ‘real’ stars to interview — I mean stars like Serge Gainsbourg who had a major impact on popular culture — and because when the rare stars out there come on a show, they don’t say anything for fear of being bashed on social media afterwards,” said Ardisson, adding that he got to interview some of Hollywood’s biggest celebrities like Brad Pitt throughout his career but noted that American talent don’t travel to France to promote their projects as much as they used to.

“So I went to [France Televisions president] Delphine Ernotte-Cunci and told her, ‘I want to interview the dead, and it will be magical — a true spectacle,’ and she said yes! But I had no idea if it was even legal,” reminisced Ardisson.

But it turns out there’s no image reproduction rights for deceased personalities.

“It may change because in the U.S., and even in France, artists are starting to sell their image rights post-mortem, but for now it’s still an uncharted territory.” Nonetheless, Ardisson contacted the heirs of people whose image will be used in “L’Hotel du Temps,” including Gabin’s 70-year-old son, who was “in tears” after watching his father brought back to life.

The fact that the show has been ordered by France Televisions underscores its cultural ambition. “I aspire to create a show that will enlighten people, tell them things they don’t know about history and also entertain them in the spirit of what public television is meant to be,” said Ardisson. “Today’s television is obsessed by ratings and giving people what they think they want to watch, but there’s a way to give some substance to popular formats.”

“L’Hotel du Temps” will also mark Ardisson’s comeback on the pubcaster where he hosted hugely popular talk shows including “Tout le monde en parle” for decades before departing for Canal Plus where he hosted “Salut les terriens.”

Mediawan Rights is shopping the series with a teaser and is also repping the format around the world, including in the U.S. where Ardisson has conceived of an adaptation called “Motel du temps.”

“I see an American driving a convertible car and pulling out in a sort of no man’s land à la ‘Bagdad Café,’ in the desert of Nevada, and he’d meet everyone there, from John Lennon to David Bowie, Marilyn Monroe, John Kennedy and John Wayne.” Ardisson is co-producing “L’Hotel du Temps” via his vehicle Ardimages with Mediawan.