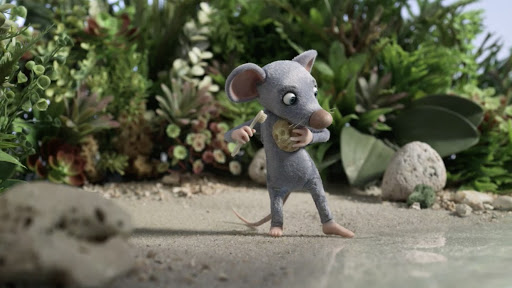 Charades has closed major sales on Denisa Grimmova and Jan Bubenicek’s stop-motion feature “Even Mice Belong in Heaven” ahead of its world premiere at the Annecy Intl. Animation Festival.

The film follows Whizzy, a young mouse, and Whitebelly, a rather withdrawn fox, who meet in animal heaven after un unfortunate accident. In this new world, they must relinquish their old animal instincts, which leads them to unexpectedly become best friends. Aimed at child audiences, “Even Mice Belong in Heaven” is about hope, a quest for love and courage, and about overcoming prejudices and old pains.

“Even Mice Belong in Heaven” will be released by Gebeka Films in France, Cinemart in Czech Republic and New Horizons in Poland.

Charades is also handling sales on “Belle,” Mamoru Hosoda’s follow up to the Oscar-nominated “Mirai.” It marks the director’s ninth project and will be released in Japan on July 16 by Toho. The film also commemorates the 10th anniversary of Studio Chizu.