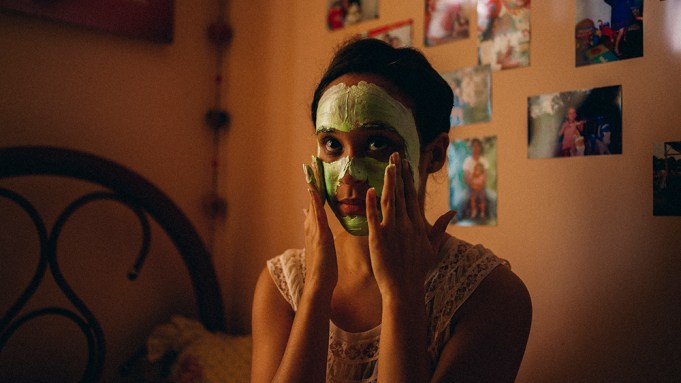 “Medusa,” the latest film from rocketing Brazilian director Anita Rocha da Silveira, has released a twisted, neon-soaked trailer ahead of its debut at the Cannes Film Festival next week.

Set in contemporary Brazil, “Medusa” tells the story of 21-year old Mariana, who belongs to a world where women must always look perfect. In the trailer, we see her and her girlfriends try their best to control everything and everyone around them, even going to such extreme lengths as beating up women who have deviated from the right path.

“Mariana, I once read that girls’ names starting with the letter M are names of malicious women,” whispers a friend of Mariana’s into her ear in the opening moments.

The trailer, obtained exclusively by Variety, reveals that at night, Mariana and her friends form a vigilante girl squad put on creepy animal masks to hunt down the local girls who have sinned.

“Do you think I’m possessed,” Mariana asks a Pastor character later in the trailer. “Have you been praying,” he replies. “Always,” she answers, though this clearly does little to reassure her and the viewers as disturbing party and militaristic scenes play in the background.

The trailer comes around three weeks after the film was picked up by Brussels-based outfit Best Friend Forever. “Medusa” is Rocha da Silveira’s second feature and acts as a follow up to her acclaimed debut “Kill Me Please,” which premiered at Venice in 2015. It also marks Silveira’s second Directors’ Fortnight entry, after her short “The Living Dead” made the cut in 2012.

“Medusa” is headlined by Mari Oliveira (who previously worked with the director in “Kill me Please”), Lara Tremouroux, Joana Medeiros, Felipe Frazão, and Bruna G, as well as telenovela stars Bruna Linzmeyer and Thiago Fragoso. The film is lensed by João Atala, the cinematographer behind “Kill Me Please” and Oscar-nominated documentary “The Edge of Democracy.”