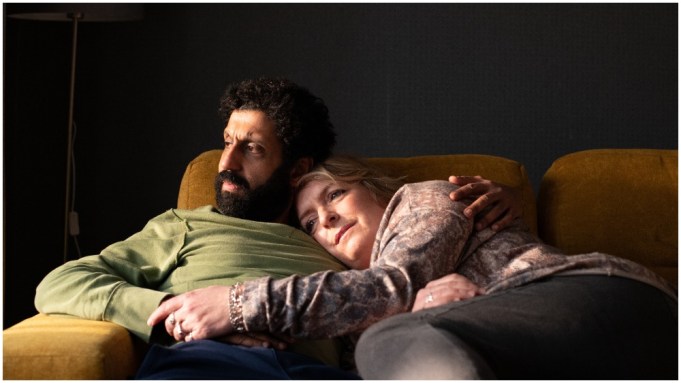 Celebrated British filmmaker Clio Barnard, a previous Cannes winner for “The Selfish Giant” (2013), is back on the Croisette with Directors’ Fortnight selection “Ali & Ava.”

The film is a love story based on people Barnard got to know through making her previous films. While making “The Arbor,” Barnard met and worked with Bradford actor, DJ and landlord Moey Hassan and later, when making “The Selfish Giant,” she met Rio, a mother and teaching assistant at a Bradford school.

In the film, both lonely for different reasons, Ali and Ava meet through their shared affection for six-year-old Sofia, the child of Ali’s Slovakian tenants, whom Ava teaches. Ali finds comfort in Ava’s warmth and kindness and Ava finds Ali’s complexity and humor irresistible. Over time, sparks fly and a deep connection begins to grow. However, the legacy of Ava’s past relationship and Ali’s emotional turmoil at the breakdown of his marriage begins to overshadow their newfound passion.

“It started with the characters of Ali and Ava, and a question,” said Barnard. “What would happen if you took melodrama as a genre and applied it to a social-realist version of Bradford that’s based on real people? It’s an opportunity to think about what it means to be part of a community. There’s a lot of kindness, generosity and support in Bradford and I wanted to see that writ large on the big screen.”

The film stars Adeel Akhtar (“Four Lions”) and Claire Rushbrook (“Enola Holmes”). It is produced by Barnard’s long-time collaborator Tracy O’Riordan (“Dark River”) via her Moonspun Films and BBC Films, with the support of the BFI Film Fund.