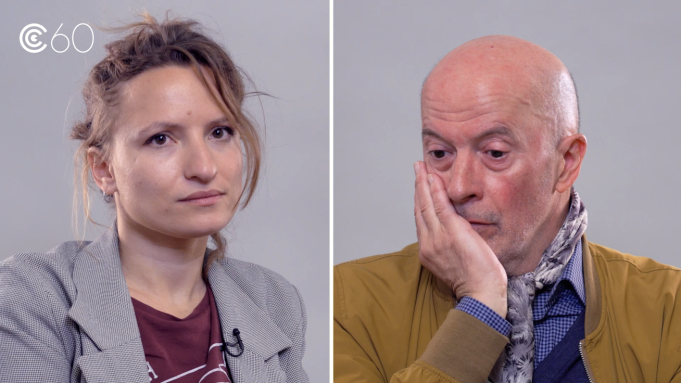 Palme d’Or-winning filmmaker Jacques Audiard (“A Prophet,” “Dheepan”) and rising director Léa Mysius reminisce about presenting their respective debut features, “See How They Fall” and “Ava,” at Cannes’ Critics’ Week in an exclusive video celebrating the 60th anniversary of the sidebar.

Under the helm of Charles Tesson since 2011, Critics’ Week, which is dedicated to first and second films, has showcased more dozens of emerging filmmakers over the years. Some of them will have their latest movies unspool in competition at the festival. These include Audiard with “Paris, 13th District” which was co-written with Mysius and Celine Sciamma, as well as Julia Ducournau (“Raw”) with “Titane,” and Nadav Lapid (“The Kindergarten Teacher”) with “Ahed’s Knee.”

Audiard and Mysius are two of the 60 talents and artists who have shared testimonies about Critics’ Week brought to their lives and careers through videos and letters. Critics’ Week is unveiling these tributes throughout the month of June.

Audiard, who was already well-established screenwriter when he made his directorial debut with “See How They Fall” in 1994, says in the video that he was so unhappy with the film that he could not believe it had been selected for Critics’ Week. “I was so desperate about this film; I even had a surreal discussion with the producer to tell him that preferred if the film didn’t get released in theaters (…) and then news broke about Critics’ Week, it hit me like a thunder,” says Audiard. “I thought, maybe I missed something in my own film; perhaps others are right and I’m wrong. But it turned out to be a very good moment.”

Mysius, meanwhile, says her 2017 debut “Ava” had just come out of post-production on time for the world premiere so the majority of the cast and crew got to discover the completed film with the Cannes audience. She also says she felt happy being part of a generation of young French filmmakers, like Ducourneau with “Raw” and Clement Cogitore with “The Wakhan Front,” who have made their first steps at the sidebar.

This 60th edition is set to run July 7-15 with a jury presided over by Romanian director Cristian Mungiu, who won the Palme d’Or for “4 Months, 3 Weeks and 2 Days,” and will include actor-singer Camélia Jordana, producer Didar Domehri, Karlovy Vary festival’s artistic director Karel Och and producer Michel Merkt.

This year’s Critics’ Week will open with Constance Meyer’s “Robust” (previously titled “Misfit”), a drama-comedy starring Gérard Depardieu and Déborah Lukumuena (“Divines”), and will close with Leyla Bouzid’s “A Tale of Love and Desire.”

Ava Cahen will become the new artistic director of Cannes Critics’ Week, taking over from Tesson from Aug. 1.