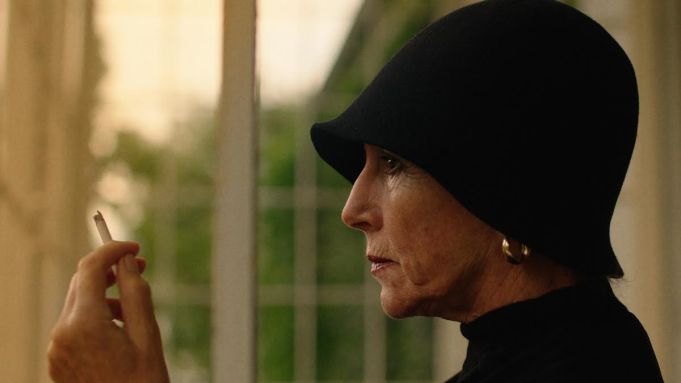 SF Studios and sales banner REinvent have unveiled the trailer for “The Pact,” Bille August’s psychological drama based on real events in the life of Karen Blixen, the Danish author best known for her autobiographical novel “Out of Africa.”

The film depicts Blixen’s tumultuous relationship with Thorkild Bjørnvig, a promising young poet, after she returned from Africa. Birthe Neumann headlines the film as Blixen in her first major dramatic film role since “The Celebration.”

“The Pact” is produced by SF Studios and Motor with producers Jesper Morthorst and Karin Trolle. Nordic distribution is handled by SF Studios while REinvent International Sales is selling worldwide rights. The film will be released in cinemas in Denmark on April 15.

Along with “Margrete-Queen of the North” and “The Emigrants,” “The Pact” is one of the thee projects from SF Studios which will be presented in the Works in Progress section at this year’s virtual Nordic Film Market, part of Sweden’s Götborg Festival.

The film was written by Christian Torpe (““Silent Heart”), based on Thorkild Bjørnvig’s memoir “The Pact” which was published in 1974 and became a literary sensation.

Bjørnvig first met Blixen in 1948 when he was 30 and she was 63. While Bjørnvig was an easily influenced poet with a wife and child, he formed a secret bond with Blixen, who fascinated him.

“‘The Pact’ is a relationship drama, the eternal story of seduction and wanting to be seduced, of the art of manipulation, of guilt and innocence, of a highly unusual friendship between two deeply talented people and a relationship that develops into a fateful bond,” said August, one of Scandinavia’s most revered filmmakers whose credits include the Palme D’Or-winning films “Pelle the Conqueror” and “The Best Intentions.”

Blixen’s autobiographical book “Out of Africa” was adapted by Sydney Pollack into the 1985 pic starring Meryl Streep (as Blixen) and Robert Redford.