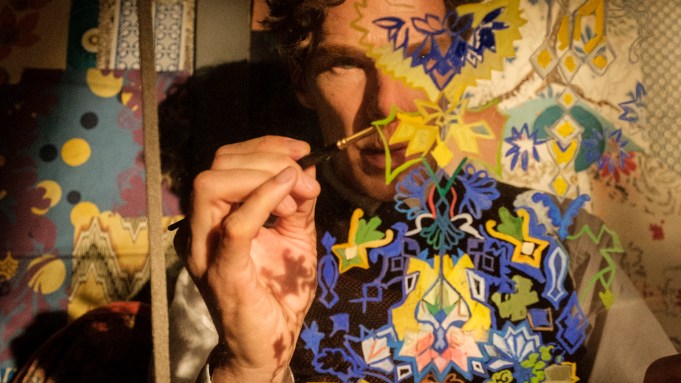 Studiocanal and Amazon Studios have unveiled the first clip and still of “The Electrical Life of Louis Wain,” Will Sharpe’s anticipated film about the eccentric British artist played by Oscar-nominated actor Benedict Cumberbatch (“The Imitation Game”), ahead of the movie’s world premiere at Telluride. Film4, Shoebox, SunnyMarch back the film along with Studiocanal and Amazon Studios.

Spanning the late 1800s through to the 1930s, the movie tells the true story of Wain, who was famous for his distinctive paintings of cats, and portrays his close relationship with his wife Emily Richardson, played by Claire Foy, the BAFTA-nominated actor of “The Crown.”

The clip debut gives audiences a first glimpse of Cumberbatch as Wain, “whose fascination with the mysteries of the world is both complicated and deepened when he meets the love of his life Emily,” says Sharpe. Wain’s wife was a driving force behind his art as well as a source of inspiration.

“The Electrical Life of Louis Wain” will go on to have its Canadian premiere at Toronto on September 11, following its world premiere at Telluride. Amazon Studios will release the film theatrically and on Prime Video later this year, with Studiocanal releasing the film in theaters across their territories, U.K., France, Germany, Australia and New Zealand early in 2022.

The story is by Simon Stephenson. The screenplay is by Stephenson and Will Sharpe. Shoebox Films and SunnyMarch produced “The Electrical Life of Louis Wain” which was financed by Studiocanal and Film4. Studiocanal sold the film worldwide.