Continue to Variety SKIP AD
You will be redirected back to your article in seconds
Jul 9, 2021 4:49am PT 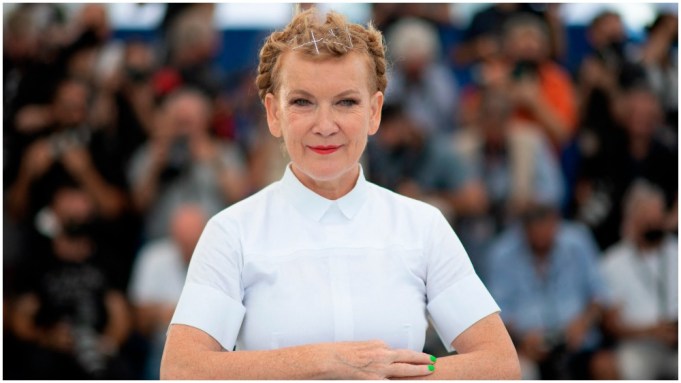 Andrea Arnold has refused to speak about her experience on season 2 of “Big Little Lies” — her last major credit before her Cannes-premiering documentary “Cow” — despite subtly hinting that all was not kosher in post production.

Asked how long she was editing on “Cow,” Arnold said there was “a lot of stopping and starting” because “we were trying to edit it at the same time I was editing ‘Big Little Lies,’ which [meant that ‘Cow’] was not happening,” the British director smirked. “It had five editors, ‘Big Little Lies.'”

Arnold directed season 2 of HBO’s “Big Little Lies,” taking over for Canadian director Jean-Marc Vallée who helmed season 1. After the show premiered in 2019 it quickly became clear that sequences were disjointed and scenes felt uneven — highly uncharacteristic of Arnold’s normally raw but robust style. In an exposé by Indiewire, it was later revealed that HBO, executive producer David E. Kelley and Vallée had effectively taken Arnold’s cut and reconfigured the material in post production — a plan they had seemingly never communicated to the director.

However, when asked by Variety whether she was keen to set the record straight about what really happened, Arnold said, “I’m not going to talk about that.”

Pressed whether reports of the discord in post production were accurate, Arnold replied, “I learned a great deal, that’s all I’m going to say.”

Arnold has never spoken publicly about the scandal until now.

Her documentary “Cow” premiered in Cannes on Thursday. The 90-minute film, shot in the director’s handheld style throughout, follows the life of a British dairy cow. Extremely intimate in style, dialogue in the movie is sparse and heard only among the workers at the farm. The doc is entirely focused on the cow, Luma, and her subsequent calves, and depicts the intense demands placed on the animals and the pent-up conditions in which they spend the vast majority of their lives. During Friday’s press conference, however, Arnold and her team spoke favourably of the “hard-working” family-run dairy farm they chose for the documentary.

Arnold, an Oscar winner for her 2005 short film “Wasp,” is best know for the films “Red Road,” “Fish Tank,” “Wuthering Heights” and “American Honey.” Many of her narrative movies feature recurring animal imagery, though this is the first of her films to focus solely on an animal and it is her first documentary.

Arnold — whose family had many pets, including a sheep, who were often unsupervised when she was growing up — said she made the film to reconnect with nature, which played a major part in her childhood but which she grew distant from after moving to the city as an adult.

Asked about her reasons for making “Cow,” Arnold explained: “For us to engage with a non-human consciousness. To show consciousness in a living, non-human animal. To invite engagement with that.”

Arnold and her team filmed for around four years, and the director underlined that nothing in the film was manipulated in any way while shooting.