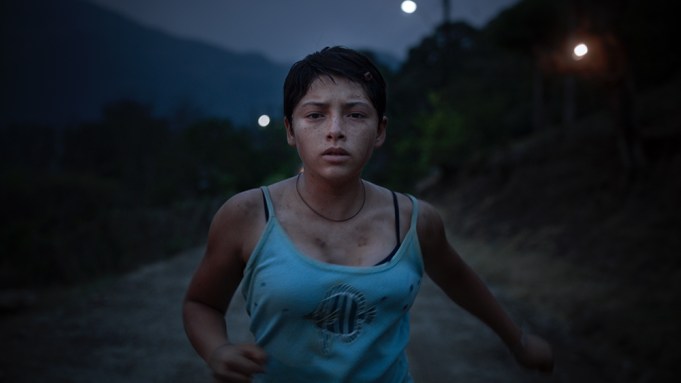 Preparing to launch its biggest and broadest sales slate ever at Cannes, driven by 13 festival titles, The Match Factory has dropped a first trailer to Tatiana Huezo’s “Prayers for the Stolen,” lead-produced by the award-winning producer of “Roma” Nicolás Celis, and Jim Stark, producer of Jim Jarmusch classics such as “Down By Law” and Night on Earth.”

Playing at Cannes in Un Certain Regard, the new feature – glimpsed via a couple of excerpts at Los Cabos Festival in 2019 – marks the much anticipated fiction film debut of Huezo, who has risen to prominence as one of Latin America’s most respected documentary filmmakers on the back on just two doc-features, 2011’s “The Tiniest Place” and 2016’s “Tempestad,” which was selected for Berlin Forum.

“The Tiniest Place” was hailed by Variety as one of the most impressive debuts by a Mexican filmmaker since Carlos Reygadas’ “Japón” in 2002.

Based on Jennifer Clement’s novel, “Prayers” takes place in a mountain town where Ana, 8, and her two best friends play in the houses of those who have fled, and turn them into hideouts. “In their own impenetrable universe, magic and joy abound; meanwhile, their mothers train them to flee from those who turn them into slaves or ghosts,” the synopsis runs.

“The film explores what it means to grow up as a girl in the middle of war in Mexico, where the feminine condition is more exposed to brutality,” Huezo says in a director’s statement.

As the trailer shows, attempting to play down her daughter’s femininity, even at that age, Ana’s mother cuts her hair and upbraids her when she tries out wearing lipstick.

There’s a larger, more universal aim, however, to “Prayers for the Stolen.” “See the world through the eyes of a child. Try to understand how that gaze is transformed and eroded when we begin to grow up. That was my point of departure for the exploration of this story,” Huezo explains.

Interweaving two time periods, the trailer captures this in the pristine, unfiltered gaze of Ana and her friends as children as they explore their local forest, opening with clear, crisp shots of a fly, stick insect and butterflies on vegetation, and, with a note of foreboding, a snake slinking down a glade.

Time passes. The girls are now 13. Ana gets a boyfriend who teaches her how to shoot a pistol. One day, however, one of the girls doesn’t make it to their hideout.

By the time the girls turn 13, “the magic begins to evaporate into reality. As the border between childhood and adulthood is blurred, the characters become more exposed and alone,” says Huezo.

She adds, however, that “something is ignited in the girls that they have acquired little by little: a critical outlook on the reality that envelops them.”