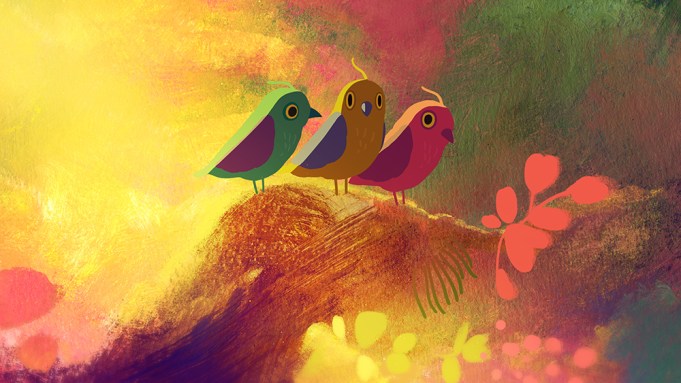 Sony Pictures International Productions has boarded Alê Abreu’s buzzed up animated feature “Perlimps,” the acclaimed Brazilian director’s follow up to “Boy and the World” which was nominated for best animated feature at the 2016 Academy Awards.

A best animated feature-winner in the independent category at the 43rd Annie Awards, “Boy and the World” also took the top Cristal at the 2014 Annecy Festival.

Several excerpts for the film will be screened on June 17 in this year’s Annecy Work in Progress section.

Written and directed by Abreu, “Perlimps” is produced by Buriti Filmes, the Sao Paulo-based production house of film directors Lais Bodansky (“Just Like Our Parents”) and Luiz Bolognesi (“The Last Forest”) himself an Annecy best feature Cristal winner in 2013 for “Rio 2096: A Story of Love and Fury.”

Sony Pictures has taken all distribution rights to Latin America outside Brazil. In Brazil, theatrical distribution will be handled by Vitrine Filmes, an independent that champions national films, in collaboration with Sony Pictures.

“Sony was the first international partner to board the project and its support has been extremely important to provide Alê with the working conditions he required to pursue the film he wanted to do,” Bolognese told Variety.

Scheduled for release in 2022, and also written by Abreu, “Perlimps” turns on two secret agents, Claé and Bruó, working for enemy kingdoms, who are dispatched to the Enchanted Forest. Amid forgotten ruins, pyramids, gas mountains and floating-rock deserts, they discover they’re on the same mission: To save the Perlimps from the terrible Giants that have surrounded the Forest.

Targeting children and family and shot in a cinematic style, “Perlimps” is “a story about friendship and coming of age, promoting reflections on tolerance and environmental awareness,” its makers said.

A teaser trailer shows scenes of stunning beauty, delicately but precisely drawn central figures standing out against deep, tropical-hued impressionist backgrounds, whether catching a flash-storm over a jungle of deep-hued mauve, violet. green, marine blue, indian red, foliage, or a shaft of yellow light reaching into the deep jungle as a flock of minute silhouetted birds flutter by.

“The Boy and the World” and “Perlimps” “have the same creative art conception, innovative character design and freedom from rules of bureaucratic dramaturgical handouts, which brings some fresh air to the animation,” Bolognesi said. “The difference is that Perlimps is a more family-oriented film. It’s also political and intimate, but works better with a children’s audience.”

Perlimps has been produced from 2018 in a small animation studio created for this purpose in the mountains of Santo Antônio do Pinhal, over 125 miles from São Paulo.

“Perlimps’ has used a small, talented and committed team. The natural environment and the permanent interaction with Alê helped to capture the mood of the forest and allowed the team to fully focus,” said “Perlimps” co-producer and executive producer Ernesto Soto.

“When Covid -19 struck, we had already a group of professionals that understood the DNA of the film very well so transforming the workflow to remote was not very traumatic.

The animation process was adapted, giving greater responsibility to the film’s assistant director to coordinate each of the groups on an online platform, he added. The workflow also allowed production to bring in new talent from different parts of Brazil and even from abroad.

“Despite a federal government that does not understand the power and importance of this sector and is not promoting economic incentives for companies, animation in Brazil maintains its pace of growth in recent years, revealing new talents,” added “Perlimps” producer Laís Bodansky. “The bureaucracy and difficulty in acquiring equipment are limiting, but nevertheless there is a positive climate.”

Abreu chatted briefly to Variety in the run up to Annecy. His words can serve as an appetizer for the full presentation on Thursday June 17:

Did you write “Perlimps” alone or with another writer?

By myself, but I had collaboration on two important fronts: The first the presence of my colleagues and producers Laís Bodanzky, Luiz Bolognesi and Ernesto Soto, who had a very keen eye for the story, character construction and narrative. They knew how to guide me in this forest, bringing good ideas, criticism and questions, but at the same time offering the freedom for me to keep decisions in my hands. The very title of the film was born from a word invented by Bolognesi. The second front was storyboard work. I worked on the last two versions of the script  – out of more than nine scripts – directly during the animatic process. We even cut entire sequences at this stage and resolved many aspects of the story that were not completely clear in the previous written versions.

The Annecy Festival says “Perlimps” uses drawing on paper, and 2D/3D computer. Was any of these elements used for any particular aspect of the film and is 2D computer essentially drawing on a tablet screen as if it were hand drawing?

There’s something peculiar in the construction of the backgrounds of “Perlimps”. They were created from color stains I made with acrylic paint. These very loose and multicolored paintings were later retouched digitally. The idea was to discover in the color stains the elements of the forest, such as trees, trunks, stones, foliage, and to highlight them, but without losing the texture of the painting. Then a new layer of more figurative elements was added – this time in digital painting … creating a transition from the acrylic environment to a universe where the characters, also digitally created, could be easily integrated. This technique helped me create a more magical environment and give a personality to the enchanted forest where the story takes place.

Compared to the look of “Boy and the World,” “Perlimps,” from the teaser trailer, looks more painterly, “watercolor,” capturing and melding the deep colors, tones and hues of a jungle into a fantasy world. But maybe I’m wrong…

Absolutely. An important, if not fundamental, aspect of the language of film is its color palette. The Perlimps enter the enchanted forest in the form of a ray of light.  I expressed this idea by letting the film become contaminated by a multicolor spectrum with all the colors of the rainbow. I often used the entire chromatic circle in the same scene. It’s an idea that transports me to the ludic and extremely free universe of childhood. Perhaps in this element there is a connection, through a different path, with the universe of “Boy and the World”