FilmSharks Snaps Up Maradona Doc ‘The Death of God’ (EXCLUSIVE) 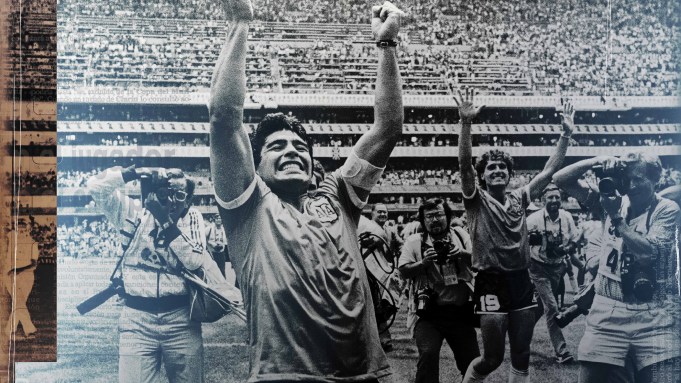 “After a fierce bidding war, we are thrilled to have closed this deal on such a powerful, untold story,” said FilmSharks’ Guido Rud. “It’s a remarkable addition to our Berlin lineup,” he noted, adding that he’ll be showing some footage from the doc during EFM. “The Death of God” (“La Muerte de Dios”) is now in post and will be ready for delivery by the second quarter of this year.

FilmSharks has unveiled the first official poster and trailer exclusively with Variety.

For Rud, the documentary is even more significant for him because his late father, businessman and sports reporter Norberto “Toto” Rud, designed the crest of the Argentine Football (i.e. soccer) Association (AFA) some 44 years ago.

Written, directed and narrated by Ivan Kasanzew, the Emmy-nominated former Univision sports anchor, “The Death of God” chronicles the impact of superstardom on the legendary player as he spiraled into ever more destructive behavior and fathered up to 10 illegitimate children, some he never recognized.

As its official logline goes: “Sex sells, drugs sell, but what sells even more: celebrities who have it all but yet manage to destroy everything and become a tragic story.”

The documentary, produced by Two Flamingos Production, explores how the heady combination of celebrity, talent and drug abuse made Maradona “the most extreme human of our time.”

Kasanzew, a native Argentinian who resides in the U.S., followed Maradona’s career like many soccer fanatics in his country and the world.

“For me it was very painful to watch my native country and colleagues idolize a man who clearly had no self-control and caused a lot of people embarrassment,” he said.

For the past four years, he began compiling 30 years’ worth of interviews, photos and video footage of Maradona, and interviewed a number of people associated with the soccer icon.

“For the past years, I have been obsessed with his life and the message I would send to the world can only be described as bittersweet,” he noted.

While delighted that his documentary will see the light of day, he lamented: “La Muerte de Dios” is born but Maradona at only 60 is gone.”