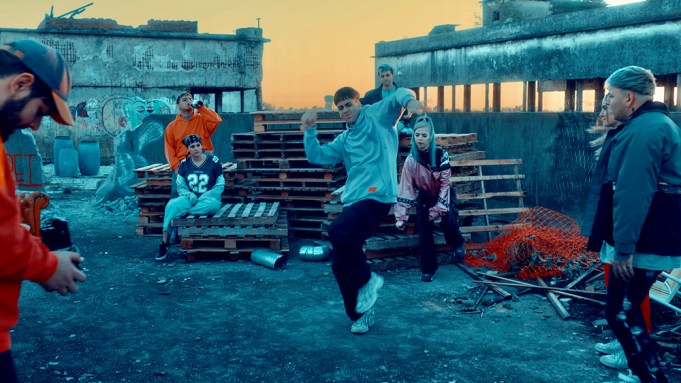 “We are so pleased to be in business again with Patagonik, one of the leading production companies of Ibero-America,” said FilmSharks founder and CEO, Guido Rud. “We feel that this edgy, modern, urban tale full of music and reality will be very welcome in the international arena of distribution and remakes,” added Rud who expects to start selling the drama this fall.

In the urban drama, Tiago PZK plays a hip-hop artist known as Cato who gets into serious trouble with the law and the Barra Brava, a violent organized network of Argentine soccer hooligans, just as his career is about to take off.

Peta Rivero y Hornos is an accomplished advertising and music video director whose award-winning shorts have played at Cannes and San Sebastian, among others.

The film’s soundtrack features an original unpublished song, “Loco,” that Tiago PZK composed for the film which is complemented by his other hits as well as those of various other artists. Tiago PZK leads a cast that includes Daniel Aráoz, Alberto Ajaka, Magela Zanotta, Rocío Hernández, Azul Fernández, Javier De Nevares, Walter Donado and Diego Mesaglio.

In the trailer, which bows exclusively in Variety, “Loco” plays in the background as the titular Cato sings at a recording studio. It then cuts to a scene of him at the dinner table with a skeptical but supportive mother and sister where he tells them he wants to live off music. His dreams shatter when, goaded by his girlfriend, he decides to avenge a wrong committed by a neighbor and goes on the run from both the law and the brother of the man he shot.

Produced by Patagonik and Amada Films, “Cato” was filmed between the months of April and May 2021 in Villa Tranquila and other locations in the town of Avellaneda, a province of Buenos Aires.

FilmSharks has handled a slew of Patagonik titles through the years, among them: Ariel Winograd’s latest comedy “Today We Fix The World” (“Hoy Se Arregla el Mundo”), “Ten Days Without Mom,” “No Kids” and “I Married a Dumbass.”

Star Distribution will theatrically release “Cato” in Argentina on Oct. 14.