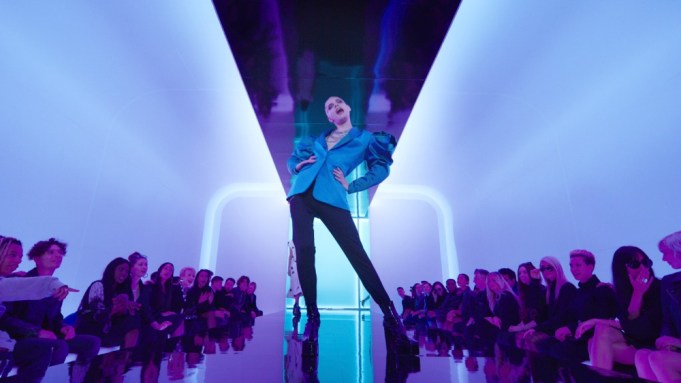 “Everybody’s Talking About Jamie” is that rare gem: a British film with global appeal and not a corset in sight. Or at least, not where you’d expect to see one.

“I think what we’ve always tried to do at Warp Films, whether it’s the half a million quid films that we started off making or [what we do] now,” says Warp co-founder Peter Carlton, a producer on the movie. “They can be locally inspired stories, but they’ve always got to feel big, they’re not going to feel parochial.”

“So that was always the thing from the get-go: we want to make something that stays true to where it’s from, but is as ambitious as possible.”

That’s certainly the case with “Everybody’s Talking About Jamie,” a musical about a 16-year-old boy from the North East of England whose dream is to become a drag queen. Starring Richard E. Grant (“Loki”) and Sarah Lancashire (“Julia”) with newcomer Max Harwood as the eponymous Jamie, it’s set to stream on Amazon from Sept. 17, and enjoyed a special preview at the Edinburgh International Film Festival on Friday.

Based on a true story, the musical first premiered at the Crucible Theatre in Sheffield in 2017. Warp Films’ office is situated across the road, and after hearing rave reviews from friends and colleagues, Carlton and fellow co-founder Mark Herbert bought tickets to the show before quickly snapping up the rights. “We’d never thought about doing a musical, but literally [came out of the show and] went, ‘That’s got to be a Warp film,’” Herbert recalls.

Herbert and Carlton also took a leap of faith by agreeing to keep the musical’s creative team, including director Jonathan Butterell and writer Tom MacRae, neither of whom had ever worked in film before (Butterell’s background was in choreography while MacRae’s was in television). “Our hunch is you’re the people to make the film,” Carlton recalls telling Butterell.

So adamant were the producers that Butterell and MacRae helm the project they turned down backing from companies who were interested in financing the film provided a more experienced team was put in place. “What we’ve done a lot in Warp is back really talented people who’ve achieved in one area into another,” says Carlton.

The result is an almost entirely faithful stage-to-screen adaptation, although some scenes have been altered to better fit the medium. “The challenge was keeping the lightness and the containment and the intimacy of the show but making it also cinematic,” says Carlton.

“In a theater you just dim the lights and you’ve got a spotlight on someone and they sing about dreaming, and everybody dreams with them because you’re in that space,” he explains. “You can’t do that in film in the same way. You’ve got to show it.”

They also fleshed out some of the characters, including Grant’s Hugo, a former drag queen who becomes Jamie’s mentor, as well as Jamie’s dad. “That was actually to do with the creative team and us sitting down and kind of going: this feels like we need to probe a bit deeper here,” says Carlton.

In keeping with the film’s themes of community and authenticity, the producers were also clear that they wanted the real-life Jamie – Jamie Campbell – to be involved. It was Campbell’s 2011 BBC documentary about wanting to wear a dress to his school prom that inspired Butterell and MacRae’s theatrical production. When Campbell first came onto the set, “he just broke down. It was so emotional,” Herbert says.

Campbell was also on hand on Friday at the Edinburgh Film Festival, attending the special preview as well as a celebratory drag show in St. Andrew Square before the screening alongside his mother Margaret, where he spoke of how much the film means to him.

“I just love that there’s a big show out there that has got someone who’s camp, feminine and flamboyant fronting it,” he told the cheering audience. “You know, like not being the side-lined character, the joke character. They’re the star of the show.”