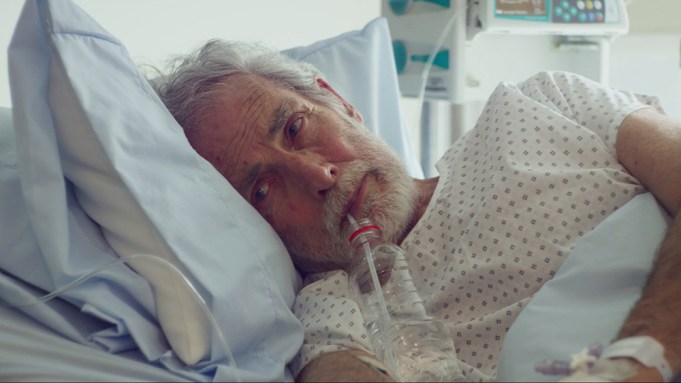 Chilean Constanza Fernández’s sophomore pic “(Im)patient” (“El Pa(de)ciente”) is celebrating its world premiere at the Busan Intl. Film Festival in South Korea on Oct. 9 although Fernandez has mixed feelings about it.

“Korea’s Covid restrictions continue to be super restrictive so I can’t attend it,” Fernandez told Variety, adding “I won’t be able to fully enjoy its world premiere and I love this festival.”

However, her medical drama will form part of the festival’s World Cinema sidebar, which features “everything I want to see this year and that makes me very, very happy,” she said.

The film is based on the memoir of Dr. Miguel Kottow, a preeminent Chilean ophthalmologist and renowned expert in the field of bioethics who was diagnosed with the rare and little-understood Guillain-Barré syndrome, and began to record his experience with the disease and the hospital treatment he received.

Kottow also happens to be the grandfather of Fernandez’s son, so she witnessed his entire ordeal.

The drama follows an elderly but fit doctor, played by Héctor Noguera, who is suddenly hospitalized with the Guillain-Barré disorder whereby a body’s immune system attacks the nerves. He begins to record his experience in the hospital where his position as an expert in the field of bioethics gets him some preferential treatment but does not spare him from the indignities that most patients undergo in a hospital and inexpert treatment from harried nurses in a far from perfect health care system.

As in the title, this doctor grows ever more impatient with the inadequacies of his care. The film follows his journey through his illness and his newfound appreciation of what he has long taken for granted, his family.

The trailer, bowing exclusively in Variety, tracks the doctor as he gets ever weaker and suffers the deficient care of a medical system he has been part of most of his working life. He asks to be discharged but home care is more complicated and a bigger burden than he and his family expect. They are further taken aback by the prohibitive expense of his treatment.