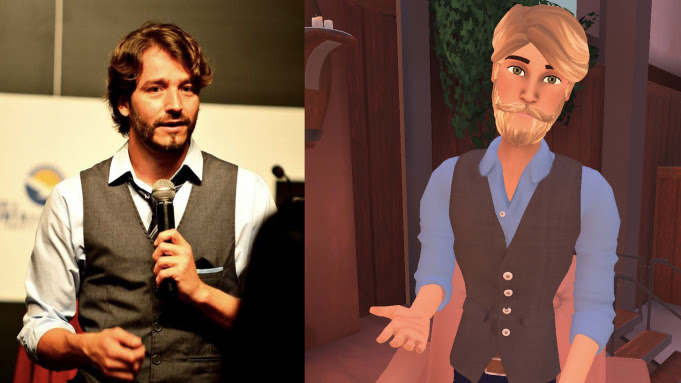 Animayo Gran Canaria, Spain’s prominent Canary Islands-based animation festival, has expanded threefold as it divides its multiple activities into three sections: In-person over May 5-8; an avatar-based virtual event on May 13-15;  and online from May 17 through October.

“The COVID-19 pandemic has been a blessing; it came as a shock at first but we found a creative solution,” said Damian Perea, founder-director of the festival, which also includes VFX and video gaming.

By deploying an avatar-based virtual event platform dubbed Roomkey (formerly Teooh) that enables professional and enterprise communities to sit and interact in the same digital space, Animayo Gran Canaria became the first animation festival in the world to go virtual last year. “We lured up to 45,000 participants in 2020 and expect to reach or surpass that tally in this edition,” Perea said. “Going virtual has been a blessing for mid-sized festivals as it has allowed us to expand our worldwide reach throughout the year,” he noted. Indeed, as many other festivals have discovered, more people have participated in them when logistics and expenses of travel and accommodations are no longer concerns.

Hailed as its “most global and techno-humanist edition,” the 16th Animayo is expecting up to 65 international and local professionals from the animation, VFX and video game industries to participate in the festival’s master classes and workshops. Participating luminaries from the world of animation include Bill Plympton, Joanna Quinn, Max Howard, Bob Kurtz, Michaela Pavlatova, Pascal Blais, Bobby Chiu, Lila Martinez, Craig Miller, Signe Baumane and Jean Thoren.

Festival trailer, which debuts exclusively on Variety, presents a snapshot of the various competing projects selected out of 2,300 shorts from more than 80 countries.

The jury of the international competitive section is made up of  Martinez, a storyboard artist from Disney Television Animation and Wild Canary Animation; Kurtz, founder of Burbank-based animation studio Kurtz & Friends; Jose Antonio Rodriguez, head of the animation and visual arts department of Madrid-based U-Tad; Belgium’s Serge Ume, head of compositing at Cartoon Saloon and The Place 2 Be; and Cecile Brossette, a lead character animator who’s worked at Skydance Animation, Illumination Mac Guff and Illion Animation Studios. For the fourth year in a row, the festival’s top winning short will be included on the Academy Award’s shortlist of qualifying animated shorts.

A section on Latin American cinema in collaboration with Platino Industria and the Mexican Film Institute, Imcine;

An online exhibit of Raul Garcia’s work, ‘Fragments of an Animated Genius,’ hosted by Garcia;

On-line projection of shorts from Singapore’s prestigious Lasalle College of the Arts;

Children are given special attention with a section called “My First Festival” for primary school children across the Canary Islands who will get a chance to screen and select their favorites. There will also be training presentations in a TV format as well as screenings for highschool and art school students.

“Participants will also be able to network during the avatar-based virtual events,” said Perea. If it’s anything like last year, they can expect to meet some blue-haired, green-skinned fellow participants.