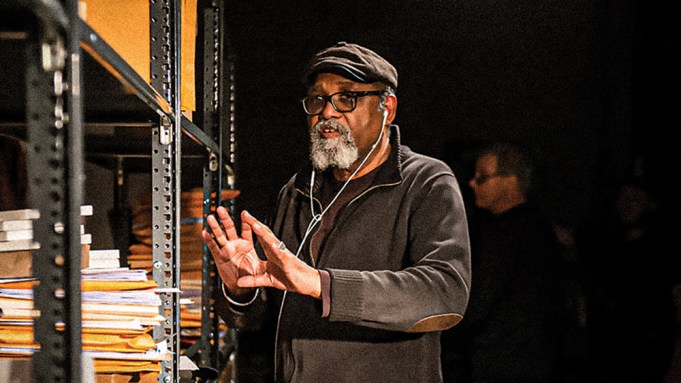 Sam Pollard’s “MLK/FBI” is an arresting look at how J. Edgar Hoover used the country’s top law enforcement agency to wage a surveillance campaign against Dr. Martin Luther King Jr. that made a mockery of the justice system. By illegally wiretapping King’s hotel rooms, Hoover’s agents discovered that the minister was having adulterous relationships and tried to use that information to smear him, blackmail him and destroy his marriage.

In anticipation of the documentary’s release this month, here Pollard speaks with Variety, about why he thinks his exploration of the way that government institutions were abused and exploited for political vendettas in the civil rights era remains so timely.

Why did you want to tell this story?

We started to realize after about two or three months of editing that the key was to focus on King and how Hoover’s obsession with him led him to break the law when it came to surveillance. The FBI started out thinking King was a communist. But by bugging and monitoring his hotel rooms they learned that he was a married man who was having lots of affairs. They realized they couldn’t destroy his reputation by connecting him to communism, but they could destroy it by showing that this upstanding minister who was a prominent member of the civil rights struggle cheated on his wife.

Why was Hoover so fixated on King?

King and the other members of the civil rights struggle were upending the notion of what American democracy should be. America had lived through slavery, which had extended in a different form through Jim Crow and segregation. Here come these young upstarts saying there should be integration. Hoover was a symbol of the status quo, which he wanted to preserve, and he saw King as a threat. Honestly, he wasn’t that different than most Americans of that time.

“MLK/FBI” mentions that in a poll in the 1960s, Hoover was more popular than King. That was fascinating to realize that Dr. King was the more controversial figure.

Because today most Americans think of him as this iconic figure and J. Edgar Hoover is a pariah who used his position to destroy lives. But that’s not how he was perceived back then.

The FBI headquarters is named after Hoover. Should it be rechristened?

We will take down Confederate monuments, we will dismantle statues of Robert E. Lee and J.E.B. Stuart, but I doubt that Hoover’s name will ever come off the FBI headquarters.

What do you hope viewers will take away from “MLK/FBI”?

I hope they’ll think about what Donald Trump says every day about protesters on the streets destroying America and there being good people on both sides in Charlottesville. I hope they think about what it means when he goes after Colin Kaepernick for taking a knee. He is using the same language and signals that were used by politicians from George Wallace to Ronald Reagan. This film is so damn timely. We need to have a reckoning about race — and that’s exactly what we’ve been doing for the past few months with the Black Lives Matter protests.

Age: 70
Hometown: New York City
Currently binge-watching: British police procedurals like “Line of Duty” and “Unforgotten”
If he wasn’t making movie he’d “probably be doing lots of swimming, which I have not been able to do since the pandemic.”
Best advice he ever received: “Do you really want to make movies?”