H.E.R. on Social Justice, Writing ‘I Can’t Breathe’ and That E.G.O.T. Goal 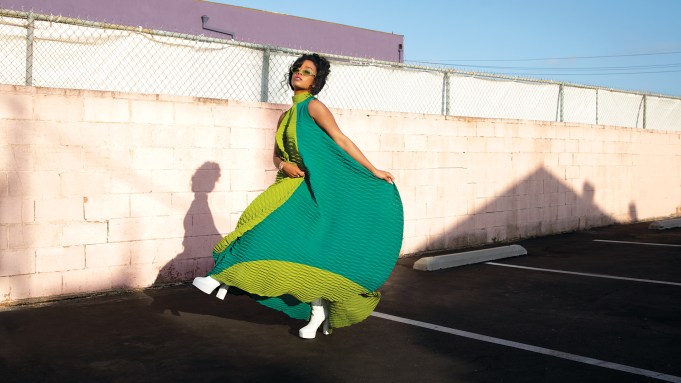 While in conversation with Variety Senior Artisans Editor Jazz Tangcay at Wednesday’s Changemakers Summit, H.E.R. talked about her music, her identity as she straddles both the Black and Filipino communities and her plans for an eventual E.G.OT.

She also went into the making of her award-winning protest song “I Can’t Breathe,” which she wrote in response to the recent police killings of unarmed Black people. She partnered with fellow singer, songwriter and frequent collaborator Tiara Thomas, sending over a voice memo with an initial idea for the song.

“’I Can’t Breathe’ just kind of happened when we started asking ourselves questions like, ‘How do we cope when we don’t love each other? What is a gun to a man that surrenders when it’s right in front of your face?’”

Later that year, filmmaker Shaka King approached her to write the end credit song for his film “Judas and the Black Messiah.”

The film tells the story of Black Panther Party Chairman Fred Hampton (Daniel Kaluuya) and centers on his betrayal by colleague (and FBI informant) William O’Neal (LaKeith Stanfield) and subsequent murder. The song lyrics are very much relevant in the fight for social and racial justice. H.E.R. admitted that she didn’t know Hampton’s story until she saw the film.

“What’s crazy about it is that it’s not taught in school,” she said. “So that was the part that I really was kind of saddened by.”

The song went on to win the Academy Award – a moment that she is still pinching herself over. Asked why she feels the song and its message resonated with Academy voters, she confesses she’s not too sure.

“I think it feels like they’re recognizing that I may be a voice for the people, and it’s important to stand for the people and to represent truths,” she said.

Not having an Oscar speech prepared, she spoke from the heart about her responsibility as an artist “to tell the stories that weren’t told in our schools to make people understand yesterday, so we can understand today.”

She’s one of the few Filipino women to win in the category. Asked what that impact means, she said, “It means that there’s another Filipino girl out there and Black girl out there who says, ‘I can do that too.’”

That fight, she said, begins with oneself and a reflection. “I’m always going to look at myself and how I’m contributing to the world.”

Being part Filipino and part Black, she said she got the best of both worlds and both cultures growing up, but as she went on to explain, there was an identity issue where she says,

“I was too Asian for the Black kids or too Black for the Asian kids,” she said. Over the years, however, she learned the lesson of acceptance and pride.

With the Grammy win and Oscar win weeks apart, H.E.R. is halfway to E.G.O.T, and already set her sights on achieving that elite status, teasing a foray into Hollywood.

“I’ve talked to Brandy,” she hinted. That Emmy and Tony might not seem too far off.