Will Zack Snyder Be Invited to Make a ‘Justice League’ Sequel? The Answer Is a Test of Whether Hollywood Still Works (Column) 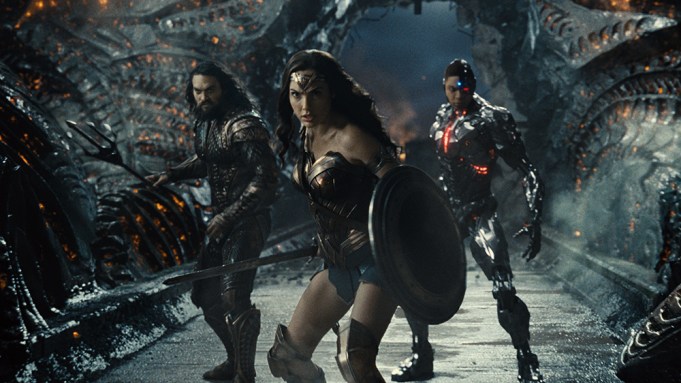 For 45 years, Hollywood has churned out sequels to more or less any movie that makes a big enough splash at the box office. The rationale has always been simple: The fans want it. Starting in the mid-’70s, with “Jaws” and “Rocky” and “Star Wars,” fan service became the model, the engine, the economic blueprint of the movie business. Yet it was a double-edged sword.

The idea that the fans who made a movie into a blockbuster would line up, once again, for a movie with a Roman numeral after its title that was essentially the same movie, but just different enough to count as the new-and-improved version, turned out to be a spectacularly successful strategy. Creatively, though, it was mostly a bust. For every sequel you could name that satisfied expectations, or even (on rare occasions) surpassed them, there were seven others that were going through the motions. I remember back in the ’80s, I was reviewing “Poltergeist II: The Other Side” and trying to pinpoint why, exactly, the movie was so lame, and suddenly I realized why: It had no reason to exist. No reason, that is, apart from the financial imperative. This may now seem obvious, but you can never note often enough that a movie with no reason to exist is probably not going to be a very good movie.

The age of multiverse sequels has, in its way, camouflaged this reality. When a Marvel or a “Star Wars” movie is conceived as just one piece of Tinkertoy in a larger structure, it can seem, at the very least, to have a reason to exist. Good or bad, it’s another link in the storytelling chain. Yet that same dynamic can also rob a film of purpose. How much investment can we have in a piece of Tinkertoy? The end of it isn’t even an ending — it’s just a stop. In the age of comic-book cinema we now occupy (or maybe I should say: that now occupies us), only one thing can make a fantasy blockbuster come fully and thrillingly alive.

“Zack Snyder’s Justice League” has that thing. What is it? You could call it vision, and you wouldn’t be wrong. But it’s also something I would call voice. That’s not a quality we associate with comic-book movies, but the rare great ones have it. And in “Justice League,” Zack Snyder’s voice comes through in ways at once large and small. It’s there in the doomy Wagnerian grandeur, and in the puckish way the movie hones on a seed coming off a hot-dog bun in the bullet-time sequence that introduces the Flash’s superpowers. It’s there in the way the backstories don’t just set up the characters but intertwine their fates, and in the way that Snyder, leaving Joss Whedon’s genial jokiness on the cutting-room floor, replaces it with a sincerity so present it doesn’t have to speak its name. It’s there in the majestic symphonic rigor of the battle scenes, and in how the villains, the glittering-with-malice Steppenwolf and the dripping-with-molten-corruption Darkseid, comprise a threat at once relentless and remorseless.

In “Justice League,” Zack Snyder sits astride the pop moviemaking machine. He’s not just telling a story that’s greater than the sum of its parts. He’s speaking through that story, crafting a parable of camaraderie and faith. It should be said that my reaction to the film — loving every minute of it, to the point that I’m itching to see it again — isn’t universal. Some critics thumbed their noses; not every fan is onboard. Yet from what I’ve seen, the reaction to Snyder’s “Justice League” has gone beyond the “Well, it’s much better than the 2017 version” feeling that even the naysayers acknowledged. There’s a collective excitement about the movie. And for those of us who have fallen for it, part of the excitement is seeing a comic-book film that’s unabashedly conventional (it doesn’t have a character like, say, Heath Ledger’s Joker) yet one that serves up those conventions with such bravura that in some ineffable way, it feels like a personal movie. It’s not an art film, for God’s sake, but it’s a studio blockbuster made by someone who imprints his personality on every scene and means every scene.

All of which brings me back to sequels. For 45 years, the economic model of Hollywood has “worked” (though less and less so in the streaming era), but beneath the oversize numbers it has also exuded a certain desperate, megahit-on-steroids, break-the-bank-or-else quality. It has been a cynical strategy. (Give the people what they want! Then give them more of the same! And program them to want more of the same!) Within that, however, there have been moments of beauty and magic, of creative gold within the fool’s gold. And most of those moments have come from filmmakers who have the audacity and wild flair to be popcorn storytellers and artists at the same time. George Lucas, Steven Spielberg, James Cameron, Christopher Nolan, Ryan Coogler, Tim Burton — when filmmakers like these are working on all cylinders, even in a pure escapist form, they keep the dream of movies alive. They are virtuosos, and part of their virtuosity is how much they mean the films they make. What executive would turn them down?

Up until now, Warner Bros. has stated that it will continue to make films in the DC Extended Universe without Zack Snyder. Yet Warners now finds itself in a strange position. In 2017, the studio turned its back on Snyder and trashed his vision. Yet it also, in a way, then gave him a second chance. “Zack Snyder’s Justice League” is the movie that shows us, at last, what the DCEU could be. I give props to the executives who, feeling the grassroots pressure of #ReleaseTheSnyderCut, agreed to greenlight this project. If there was a trace of cynicism in that decision, I don’t see it. They made it possible for Snyder to make the film he wanted to make, and to make a movie that would be something greater than fan service. A movie that would inspire true fan love.

Now that that’s happened, to leave Snyder by the wayside seems not merely unjust; it strikes me as foolhardy. The Warner Bros. executives will, of course, look at the numbers — at how well the film performs on HBO Max. I suspect the news there will be good. But this can’t be a decision based simply on numbers. The mobilization of fans behind #ReleaseTheSnyderCut was kind of awesome; they were comic-book-movie geeks who moved a mountain. And now that we’ve seen the results, their passion to do it again may be even greater. Whatever plan Warner Bros. now has in place, the reality is that plans can change. Minds can change. After “Zack Snyder’s Justice League,” on what planet would an executive have to be on not to want Snyder to make a “Justice League” sequel? Only on a planet where even the potential artistry of mainstream moviemaking must always take a back seat to corporate control.