Continue to Variety SKIP AD
You will be redirected back to your article in seconds
Dec 15, 2021 9:24am PT

How Lady Gaga Protected Herself While Making ‘House of Gucci’: No Actor ‘Should Push Themselves to That Limit’ 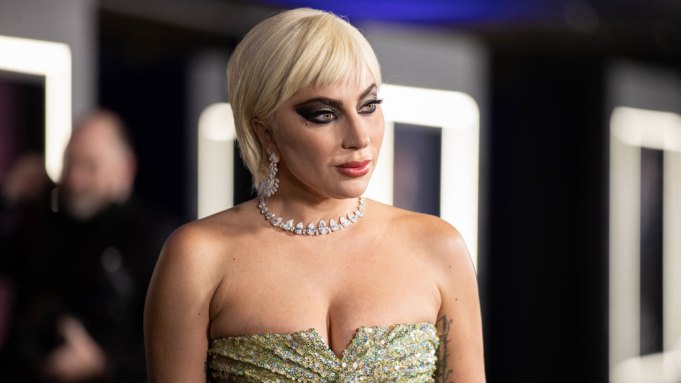 Lady Gaga has had three major acting roles. All have been anything but lighthearted material.

She first showed her dramatic chops as a vampire on “American Horror Story: Hotel” in 2015. Three years later, her big-screen debut in “A Star Is Born” earned her a best actress Oscar nomination for her work as Ally, a superstar singer married to a washed-up alcoholic musician (Bradley Cooper). Now, she’s back in the awards race in Ridley Scott’s “House of Gucci” with her portrayal of Patrizia Gucci, who served 18 years in prison for plotting the murder of her ex-husband, Maurizio Gucci (played by Adam Driver), heir to the Italian luxury fashion house.

Even Gaga thinks it may be time to switch things up. “I’d love to do a romantic comedy,” she tells me on this week’s episode of the “Just for Variety” podcast.

In fact, she says her longtime manager Bobby Campbell suggested a rom-com after “Gucci” wrapped. Then she adds, “For what it’s worth, ‘House of Gucci’ is still really funny.”

“There are some moments that are funny,” she says. “I mean, funny for us, for this crazy family.”

I am talking to Gaga in a room at the London Hotel in West Hollywood. She has just completed a virtual Q&A for the Critics Choice Association with her “Gucci” co-star Jared Leto. Before sitting down with me, she hurries into another room to change into a new outfit. “I want to give Variety their own exclusive look,” she says. When she returns, in a bright orange dress, Gaga sits down while a stylist adjusts her simple gold and diamond necklace so it balances on her collarbone.

Before the cameras roll, Gaga asks me how long we’ve known each other. “A few years now, but of course, I knew you long before you knew me,” I say. I tell her about my drunken Saturday nights seeing her perform at Cherry Pop, a weekly gay party that took place in the middle of the aughts at a West Hollywood dance club. This was back in the days when she was running around town with a David Bowie-esque lightning bolt on her face.

She tells me the LGBTQ community has been with her since she began in the business. She was surrounded by gay boys when she was growing up in New York City. They were her best friends. “But I don’t even think they knew they were gay yet, that’s how long ago it was,” she says.

When the video interview begins, Gaga is unfazed. She continues talking as if we’re two friends catching up.

Her immersive approach to acting has been well-documented since she began promoting the movie last month. For the entirety of filming, Gaga says she lived as Patrizia. “I was the same way for ‘A Star Is Born.’ I was always Ally,” she says. “And for this, I was always Patrizia. I always spoke in my accent. And even if I was speaking about things that weren’t related to the movie – I wasn’t pretending that Maurizio was waiting for me downstairs – I was still living my life. I just lived it as her.”

That also meant, Gaga says, “I brought the darkness with me home because her life was dark.”

So much so that Gaga reveals for the first time, during our interview, that she sought on-set help from a mental health professional during the final days of shooting. “I had a psychiatric nurse with me towards the end of filming,” she says, explaining, “I sort of felt like I had to. I felt that it was safer for me.”

Gaga is quick to point out that she is not sharing this new information to “glorify” her commitment to acting. “I don’t think that any actor should push themselves to that limit,” she says. “And I ask myself all the time why I do that. I’ve done some pretty extreme art pieces throughout my career — the things I’ve put my body through, my mind. It’s like a walnut of sadness in my stomach as I say this to you. I don’t know why I’m like that. I think that the best answer I could give you is I have a sort of romantic relationship with suffering for your art that I developed as a young girl, and it just sometimes goes too far. And when it does go too far, it can be hard to reel it in on your own.”

A longtime mental health advocate, Gaga hopes her experiences can be enlightening for others. “It’s OK to ask for help,” she says, adding, “If you’re feeling like that, ask for help. No matter what.”

She’s seeking advice from fellow actors how to rein it in. “It’s not a secret that I’ll do anything for art,” Gaga says. “I probably will completely change this when I have a child, but I don’t have a child yet. I want to be available and present for my children in a way that I think when you are acting in that way, it could be problematic for a child to be around.”

A day before we meet, Gaga’s “Gucci” performance was awarded best actress from the New York Film Critics Circle. Earlier this week, she picked up a Critics Choice nomination.

The film is not without controversy. Heirs of Aldo Gucci (played by Al Pacino) are not happy about the movie. They released a scathing statement shortly after the film was released, calling it “an insult to the legacy on which the brand is built today.”

“I can’t even imagine how painful this must be,” Gaga says of the family. “And it’s why I tried I to put something important into the role. And I also believe it to be the truth. So for what it’s worth, I care about people. And I would never have been a part of a real story about someone that was just a terrible person.”

Filming on location also worried Gaga. “I wondered all the time when I was in Italy if [Patrizia] was going to show up,” she explains. “I mean, she’s out of jail. There was a safety element.”

Asked what didn’t make it into the movie that she wishes had, Gaga says scenes showing Patrizia’s battle with a brain tumor during the messy divorce could have offered more context as to why she resorted to having Maurizio killed. In fact, there is no mention of the illness in the film. “It was rumored that Maurizio never went to visit her and that the family didn’t go visit her, so she was alone,” Gaga says. “For me, it provided more color and motive behind why the murder happened.”

Gaga has not announced her follow-up to “House of Gucci.” She says she’d love to make her way to Broadway one day. “Maybe when I write my first musical,” say says, smiling. “There are so many amazing musicals, but I love writing music. I love musical theater, and I know a lot about musical theater, and I know a lot about music. So I think I would really enjoy the process of creating a musical. I’ve thought about it for a really long time.”

As we wrap up, Gaga says, “We always have a nice time when we talk to each other.”

I thank her for her candor. “All the realness,” she says. “I think trying to be real in Hollywood is something we can always aspire towards, right?”

And then, before she is escorted back to her changing suite to prepare for more interviews, Gaga says, “I just want to make the public smile.”

Listen or watch the full interview with Lady Gaga above. You can also find “Just for Variety” at Apple Podcasts or wherever you listen to your favorite podcasts.