Jameela Jamil is celebrating the one-year anniversary of “I Weigh,” the podcast offshoot of her activist mental health organization of the same name.

Guests have included Billy Porter, Demi Lovato, Beanie Feldstein and Diane Guerrero, as well as doctors and experts in various fields. During Reese Witherspoon’s emotional interview, the Oscar winner teared up while discussing mental health. “Reese cried on my podcast,” Jamil tells me during a break from filming the second season of “Legendary,” the HBO Max voguing competition show. “It was such an extraordinary moment for her. To have someone like Reese, who is such a shining powerhouse and inspiration, still talk about the fact that she’s still not treated like enough, she’s still not allowed to feel like she’s doing enough, like she’s worthy of the respect that she has fully worked for, it’s just the humanity that people expose I think is just very important.”

Jamil herself has gone public with her mental health struggles. She revealed last month she contemplated suicide after being accused a year ago of exaggerating her health issues. One of her harshest critics was Piers Morgan. I’m happy to report that Jamil is no longer allowing Morgan to get to her. “I just don’t care,” she says. In a nod to Mariah Carey, Jamil adds with a laugh, “I don’t know her.”

Speaking of Carey, she’s on the podcast host’s list of dream guests — as are Jennifer Aniston, Oprah Winfrey, Angelina Jolie and Greta Thunberg. Kelly Rowland appears on the April 2 episode: “Kelly and I met at a party,” Jamil says. “I heard her somewhat shaming herself about her body or her looks at 1 a.m., and since my online persona is the same as my offline persona, I stood there and gave her a love lecture about how beautiful she is and why should never talk shit about herself.”

Mixed in with the celebrities are young lesser known activists. “If we just had a little bit more empathy, a little bit more patience, a little more kindness, a little more self-reflection and education, this entire world would be a completely different place,” Jamil says. “And so what I love about the podcast is the way that it sort of democratizes people via the journey of mental health.”

Jamil is adamant that she isn’t trying to be seen as a mental health expert. “Do not let me be the person that tries to pretend that I’m an expert in something that simply I’m not educated in,” she says. “We direct people to the profound experts that we have access to, and that’s our service.”

She says of enduring the likes of Morgan and online trolling, “I’ve withstood the ugliest smears and smear campaigns but now I understand that it’s not individual to me, it wasn’t personal. When I was in the middle of it, I thought, I know this is personal to me. And then when you step back and you realize, ‘Oh no, wait. This just happened to Meghan Markle. And it just happened to Taylor Swift.’ It happened to Britney Spears, and it happened to Princess Diana, and it happened to Greta Thunberg, Anne Hathaway and Jennifer Lawrence. It’s happened to every single prominent, outspoken woman. It’s the same exact pattern — build her up, hyperbolize her excellence, overexpose her, rip her down and move on to the next. And so when I realized that, I no longer felt so attacked personally. I realized that I’m just falling into a machine that chews up women and spits them out for sport.” 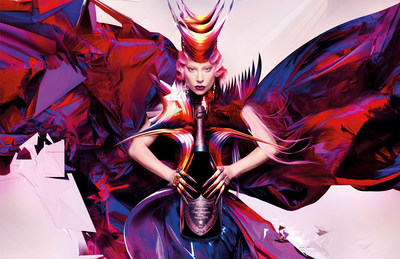 THIS JUST IN! Lady Gaga has teamed up with Dom Pérignon. A press release just arrived in my inbox announcing that a new ad campaign featuring limited edition bottles and a sculpture designed by the Oscar winner will launch April 6.

EXCLUSIVE! I hear Netflix awards guru Lisa Taback’s 1922 Cape Cod house in Los Feliz (above) has hit the market for $3.82 million. The exquisitely restored 4,036-square-foot abode sits on a tree-lined street and features four bedrooms and four baths, a chef’s kitchen with Viking appliances, a pool and a spa. Bryan Abrams at Compass has the listing. … Meanwhile, Bob Greenblatt is still looking for a buyer for his $4.995 million Bird Streets home (below). The Craftsman-style Greene and Greene house was once called home by George Clooney (pre-“ER”). “I loved this house for 16 years, but it was time to get something a little larger,” the former WarnerMedia entertainment chief tells me. “I’ve always been a huge fan of the arts and crafts architecture of Greene and Greene, and this house is a tribute to them with extraordinary details that mimic the Gamble House, their Pasadena masterpiece. I hope to find a new owner who appreciates the craftsmanship of their quintessential California style.” Greenblatt bought a $15 million property in the Beverly Hills Post Office neighborhood in December.

Yes, Elvira Lind had her husband, Oscar Isaac, slip into a fat suit for his starring role in her Oscar-nominated short “The Letter Room.” Written and directed by Lind, the film has Isaac playing a corrections officer who’s put in charge of the prison’s mailroom. “He was shooting ‘Dune,’ and he was getting really fit to play the duke, and I needed him to be more round,” says Lind, who was seven months pregnant with their second child during the short film’s five-day shoot (three days were spent in an active prison). “He was getting skinny, and I was getting bigger,” she says.

And Issac’s full mustache? Real. “[Hairstylist] Tim Nolan has done a lot of work with Oscar and he had so much fun with this,” Lind says. “I want to make sure he gets credit for that mustache.” Since landing her first Oscar nom this month, Lind tells me, “Now people are sending me things that are already written. … I’d love to shoot something within the year.”

“The Letter Room” is Lind’s first scripted project after working for years in documentaries. She is excited to be a recognized in a year that women directors have gotten more attention than ever by the Academy. “We’re on the right track,” she says. “We’re not quite there yet, but we are getting there. Let’s keep it going. I hope it inspires other women to make more films. The most important thing right now is to really encourage female voices to get out there.” 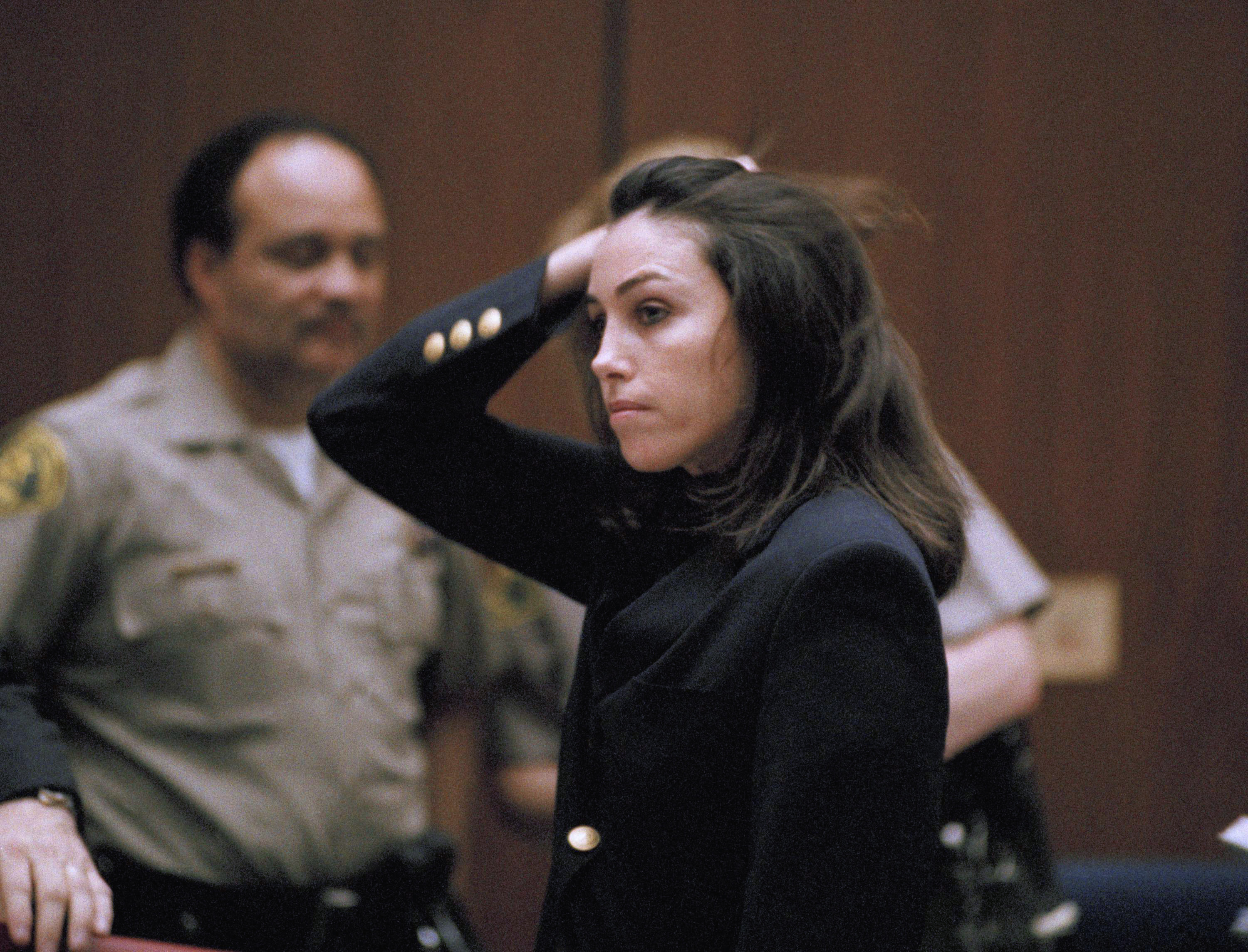 Rob Lowe was the surprise guest during a class of students reading “The Outsiders” at William R. Satz Middle School in Holmdel, N.J. Lowe, who co-starred in the 1983 Francis Ford Coppola film adaptation as Sodapop Curtis, interacted with the class using the new Komi video app (Lowe’s son Matthew works for the company). “I felt like I’d won the Super Bowl because the competition was so tough,” Lowe told the students of working on the Warner Bros. movie with Tom Cruise, Matt Dillon, Emilio Estevez, Patrick Swayze, Diane Lane and others.

The West Hollywood Edition hotel has reopened its rooftop restaurant (above) for dinner. Food at The Roof offers a Southern California-Mexican menu by chef John Fraser. Reservations required. editionhotels.com … Just a few blocks south, Lance Bass has signed a lease to rent the space that once housed gay nightclub Rage. Located at Santa Monica and San Vicente boulevards, the bar is across the street from Rocco’s, also co-owned by the former boy bander. Per a website promoting the venture, it will be “the biggest gay nightclub in the USA.” wehomegaclub.com