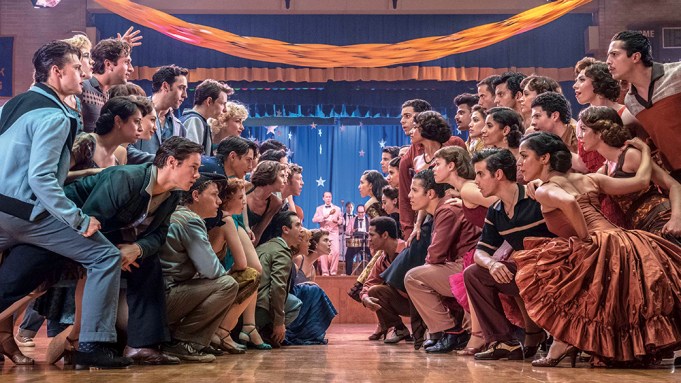 20th Century Studios’ “West Side Story” is off to a slow start at the domestic box office. Steven Spielberg’s movie musical grossed $4.1 million across 2,820 locations on Friday. Though “West Side Story” had a quiet debut on Thursday evening, collecting just $800,000 in previews, box office analysts were still sticking with original expectations for the film to bring in $10 to $15 million over its opening weekend. Now, it seems that the numbers will likely fall near the floor of that estimate, if even within them.

While an opening around $10 million wouldn’t spell out-and-out doom for “West Side Story,” it must not feel like an auspicious first step for its production companies Amblin Entertainment and TSG Entertainment. Spielberg’s musical cost $100 million to produce and even more to promote, a hefty budget that the release will now hope to match by drawing international audiences and putting up impressive holds over the holiday season.

A respectable box office performance over the next few weeks is certainly within the realm of possibility for the musical. The film has conjured glowing reviews, with Variety‘s Owen Gleiberman writing that “there are scenes in Spielberg’s version that will melt you, scenes that will make your pulse race and scenes where you simply sit back and revel in the big-spirited grandeur of it all.” “West Side Story” has been landing highly with various critics groups and awards bodies, including the New York Film Critics Circle and the National Board of Review, and is expected to be a major competitor over this year’s awards season.  What’s more, the musical has landed a coveted “A” CinemaScore, indicating strong approval from general audiences.

The disappointing numbers for “West Side Story” aren’t unique amongst its genre. Movie musicals have largely floundered during the COVID-19 pandemic, with “In the Heights” (an $11.5 million debut) and “Dear Evan Hansen” (a $7.4 million debut) both opening below original expectations. Neither of those releases put up particularly impressive holds over the subsequent weekends. In terms of the most optimistic future ahead for “West Side Story,” look to compare the film’s box office to other recent holiday season musical releases such as 2018’s “Mary Poppins Returns,” which grossed roughly 18% of its $172 million domestic cume in its opening week, and 2017’s “The Greatest Showman,” which took in a measly 7.6% of its $174.3 million domestic cume in its first week — an anomalously leggy performance.

Based on the beloved 1957 Broadway musical, “West Side Story” was written by Tony Kushner and stars Ansel Elgort and Rachel Zegler as star-crossed lovers Tony and Maria, whose passion for each other aggravates a gang war between the Puerto Rican Sharks and the white Jets. The cast also includes Ariana DeBose as Anita, David Alvarez as Bernardo, Mike Faist as Riff and Rita Moreno as Valentina, a new role created for this adaptation.

The third weekend of Disney’s “Encanto” may wind up putting up some strong competition for the box office’s top spot should “West Side Story” crater on Sunday. The animated adventure is projected to earn $9.58 million over the weekend, a remarkably small 27% drop-off from its previous outing.

Third place will go to Sony’s “Ghostbusters: Afterlife” with an estimated $6.4 million weekend. The comedy sequel has been riding the wave of good word-of-mouth since the weekend before the Thanksgiving holiday. It should expand its domestic cume to $111 million through Sunday.

MGM and United Artists Releasing’s “House of Gucci” will take fourth. The Lady Gaga vehicle took in an additional $1.27 million on Friday and should bring its domestic total to $41 million through Sunday. “Gucci” has been one of the few adult dramas to connect with audiences during the pandemic, though it will still need to draw international audiences to overcome its $75 million production budget.

Sticking around in fifth is Marvel’s “Eternals,” which is projected to land a $2.93 million weekend gross. The superhero film is now winding down its box office run ahead of next weekend’s release of the newest MCU entry, Sony’s “Spider-Man: No Way Home.” “Eternals” should surpass a $160 million domestic cume through Sunday.

Elsewhere, STXfilms’ “National Champions” took in an estimated $120,000 on Friday from approximately 1,197 locations. The studio is estimating a $320,000 gross through the weekend. STXfilms is giving the football drama an exclusive theatrical release ahead of a premium video-on-demand release coinciding with the college football National Championship game in Jan. 2022.