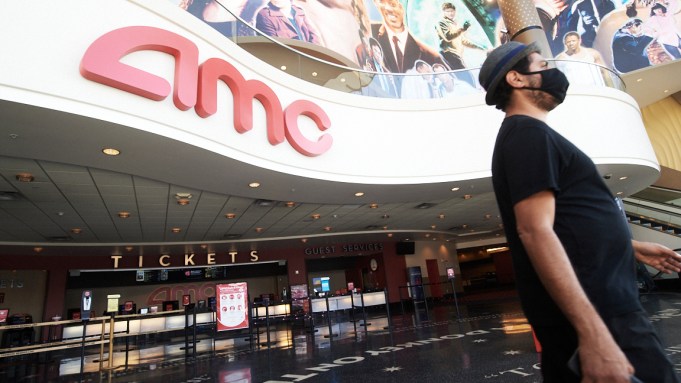 With coronavirus cases declining as the distribution of vaccinations increase, moviegoing in Los Angles appears ready to rebound. The county is poised to soon enter the orange tier, which requires fewer new coronavirus cases daily per 100,000 people and a test positivity rate under 5%.

At that time, movie theaters will be able to raise indoor capacity from 25% or 100 people to 50% capacity or 200 people (whichever is fewer).

In the meantime, there are currently 42 cinemas open in Los Angeles County, according to Comscore. Film exhibition industry officials expect that number to increase as capacity restrictions are loosened. Comparatively, Los Angeles County had 107 movie theaters open at this time in 2019.

Among the chains that have resumed business:

Several locations plan to reopen in the coming weeks but haven’t yet:

AMC Theatres, the nation’s biggest theater chain, has 40 locations across California and predicts that nearly all will be reopened by the end of this week. Regal Cinemas, another major circuit, has four venues in Los Angeles and more nearby in Orange County. The Cineworld-owned chain has been shuttered for months, but plans to return by early April, timed to the release of “Godzilla vs. Kong.”

“We have long awaited this moment when we can welcome audiences back to our Regal theaters and restore our essential role within the communities we serve,” Mooky Greidinger, the CEO of Regal’s parent company Cineworld, said earlier this week. “With the health and safety of our customers, staff and communities as our top priority, we continue to take all the necessary precautions and abide by our CinemaSafe guidelines to confidently provide a safe and comfortable experience. With capacity restrictions expanding to 50% or more across most U.S. states, we will be able to operate profitably in our biggest markets.”

Also tied to the latest monster mashup from Warner Bros., the TCL Chinese Theatre on Hollywood and Highland is hosting a ribbon-cutting ceremony on March 29. The premiere will bring out the directors of recent Godzilla and King Kong movies, including Adam Wingard, Michael Dougherty, Jordan Vogt-Roberts and Gareth Edwards.

Movie theater owners are optimistic by the gradual reopening of Los Angeles. Even with capped capacity and more than half of locations still shuttered, the county accounted for 9% of all movie tickets sold last weekend, according to Comscore. Having more theaters open will likely bode well for upcoming releases like Universal’s thriller “Nobody” with Bob Odenkirk (March 26), “Godzilla vs. Kong” (March 31) and “Mortal Kombat” (April 16).

Milton Moritz, the president and CEO of the National Association of Theatre Owners of California, notes that some cinemas may never reopen. Others, he predicts, will return sometime in April as exhibitors gradually hire back employees and implement safety and cleaning protocols. Per the county’s rules, venues will be required to have reserved seating, and groups will have to be spaced at least six feet apart in all directions.

“It’s challenging, but theaters are making it work,” Moritz says. “People have felt comfortable because the safety protocols are being met.”